23 June 2014 | By Nick Horth
Several documents and assets for CD Projekt's upcoming RPG The Witcher 3: Wild Hunt leaked over the weekend, including a map that shows off just one of the islands you can visit in the game.

Ars Skellig is just one of the islands that together make up the Skellige Archipelago, the total landmass of which is said to be around 64 kilometres squared. There are two other areas to visit on top of that. Phew. 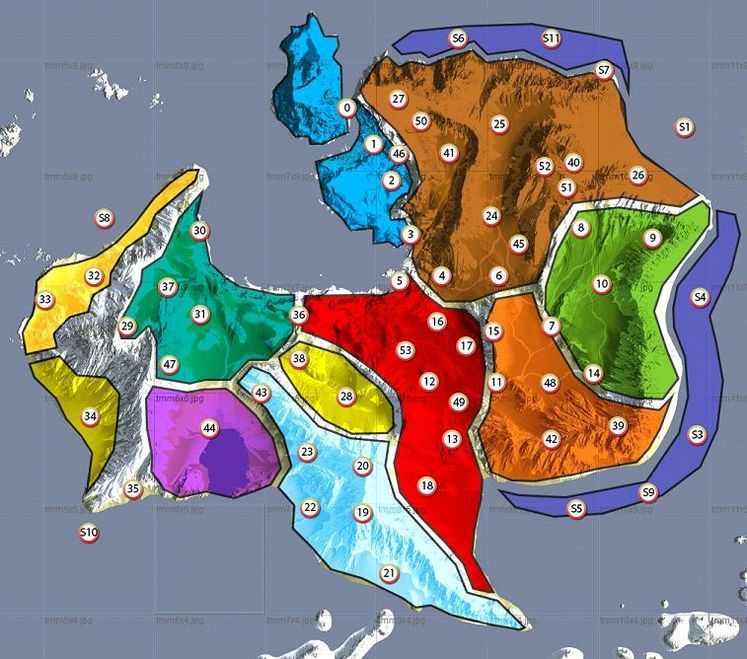 Dualshockers has dug up the following information on that map:

"After establishing the regions of Ard Skellig, we had a startup layout to begin scattering points of interest that make consistent sense and serve as gameplay and/or navigation spots. The density allows for a constant nav. assistance for the player while leaving enough room for “extracurricular activities”. The POI grid also takes the “offshore section” into consideration by populating the sea around the eastern-mountains with POIs."

Each of those map marker therefore represents a quest or significant event, suggesting that there will be things to do out at sea, which won't come as much of a shock considering the trailers and promo images have featured boats fairly heavily. Twenty quid says there's a Kraken to fight.

Aside from the above map and accompanying information, there were several other leaked documents over the weekend, most of which contain moderate to critical story spoilers - obviously I won't be posting any of that here.

The Witcher 3 is heading to PC, PS4 and Xbox One on February 25 next year. Here's the juicy trailer shown earlier this month.