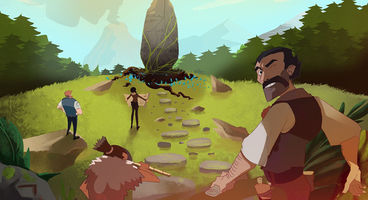 Development has only just started so things aren't finalised, but designer Manuel Kerssemakers and art director Maarten Wiedenhof are happy to discuss where they are.

Abbey is focus right now on the turn-based strategy combat but there's also dialogue and conversation, which they want 'equal' to combat in Renowned Explorers. "Basically there's two levels to the game, one is the strategy game, turn-based strategy with your crew of explorers on location trying to explore an area and find the treasure, or hints toward the treasure - of course there are all sorts of dangers there," Manuel Kerssemakers tells us in our interview.

"Then there’s the overworld, where you recruit crew, spend your days travelling and where you fill up your museum with recovered objects. Games like XCOM are the entry point, for the strategic combat and also the metagame. Right now we're working hard on the turn-based strategy, creating randomly generated maps which will all provide a super-cool exploration experience."

It's important that Renowned Explorers is driven narratively. "We're working hard on the combat but also dialogue and conversation, so we want to make sure that our conversation system is the equal of our combat system, we want to have a conversation that's mechanically as interesting to the player but even more valuable in terms of narrative," he continued. We'll be able to build our teams how we like, so we could potentially avoid a lot of combat altogether.

"There aren't too many requirements as to how they should play, so for example you could make a team full of only very strong physically-focused crew, or light-footed scouts or people that really speak well," said Kerssemakers. 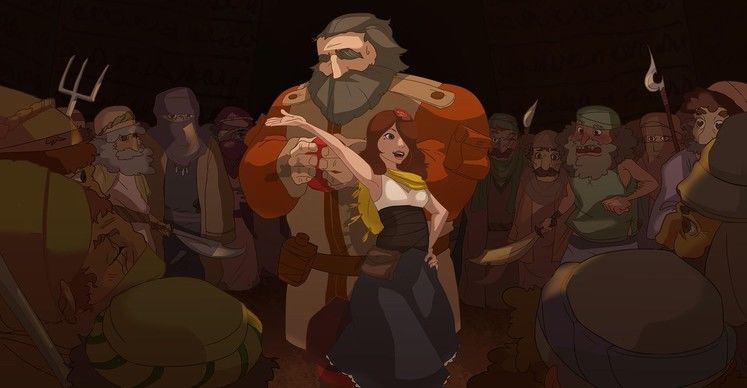 Renowned Explorers is certainly a departure from the world stomping of Reus. In Renowned Explorers we're in the height of the Victorian era of world exploration, and Abbey are using the great myths and legends of that era to drive the game. It does lead to some interesting obstacles for the team to work around, like theft.

"We're thinking about that a lot, because of course there's also the connotation of stealing. We don't want to use Nazis as enemies to smooth over everything like the Indiana Jones movies did, we're going to have find a way to make it morally acceptable. Or maybe not, if you don't want to," he explained.

Each new game session gives a us a new world to explore, which is based on Earth around 200 years ago, "but there's also secret locations, like Indiana Jones travelling around the world, that are randomly generated. So you don't know what's going to be there or how your going to find your way to the treasure if it's even there. So in that sense you'll have complete new areas each time." We take our treasures back to a museum to showcase out exploits.

"Of course we're looking into skill trees due to the strategic elements of the game. Maybe something in the XCOM way, the details aren't clear yet but yes there's going to be character progression. Items we aren't sure yet. The combination of crew members is going to be really important either way."

Perma-death? "Yes, we'll probably create a perma-death mode, but we want it to be accessible," said Kerssemakers. "And perma-death mode isn't that accessible! But caring for your team is important, and caring about the stories and adventures you go through with them is even more important."

Check out our full interview with Abbey Games on Renowned Explorers, which is due in 2015.