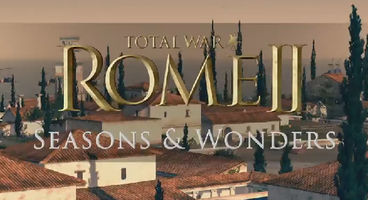 Creative Assembly have released a free update before the launch of Hannibal at the Gates for Total War: Rome II. The Seasons and Wonders update adds wonders and seasons to maps and the Grand Campaign.

There's also a unit roster expansion for Carthage, and support for Twitch streaming and even touchscreen. This update includes a new major patch with fixes and balance tweaks.

The mercenary recruitment pool for Carthage is being expanded to reflect the history of the nation. This update prepares for the new campaign expansion due this week.

"Seasons are now in the Grand Campaign, and will cycle through 1 season as each year passes. Like Caesar in Gaul, these come with their own visual and gameplay effects, such as winter attrition," read the latest Total War: Rome II patch notes. Battles now fought in the vicinity of wonders will now also appear on the battlefield.

Wonders now featuring in Rome II are the Statue of Zeus at Olympia, the Mausoleum of Halicarnassus, The Pharos of Alexandria, The Colossus of Rhodes, the Bam Citadel, and The Oracle of Amun Re.

The full Season and Wonders update patch notes are available. Hannibal at the Gates releases on PC March 27th.