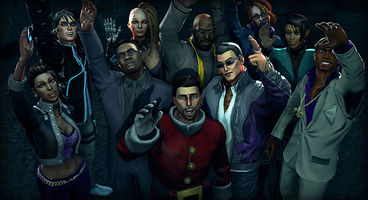 Red Faction and Saints Row developer Volition Inc., now owned by Nordic Games, is set to reveal their latest project in the works at PAX Prime in Seattle this Friday.

A "quiz show hour" will be hosted by Natalie Lander - the voice of Kinzie. Fans will get to see "exclusive gameplay, art, and details" of the new project from the studio.

"The developers behind the Saints Row franchise invite you to participate in a quiz show hour with Natalie Lander, the voice of Kinzie! At the end of the panel, we'll show you exclusive gameplay, art, and details for an upcoming project from Volition," blurbs the official PAX Prime website.

Last month Volition was announced to be increasing their staff roster by 100 heads, taking the developer to around 300. The news came from expansion plans filed with the city for financial assistance in expanding their development offices. Koch Media snapped up Volition during the THQ IP auction back in January 2013.

Volition last release Saints Row IV, which was said to be the 'last in the current run' for the franchise, meaning anything new with the IP would move on. The studio joked, 'how do you top an alien invasion?' The team, if they unveil a new Saints Row, maybe looking to reboot the series.