30 April 2014 | By Simon Priest
Dead Island's Techland has re-announced Hellraid for PC, Xbox One and PS4 as their previous version of the game is scrapped as they move away from Xbox 360 and PS3. The studio has redesigned the dungeon crawler.

Its four character classes have been merged into one, which all powers now accessible. Hellraid is now also using Chrome Engine 6, the same engine behind Techland's Dying Light.

It was to use the same technology as Dead Island but they've decided to scrap that version and spend more time bringing it to next-gen platforms and beefier PCs.

Hellraid is a co-op dungeon crawler supporting up to four players in story mode, mission mode or arena combat. A new trailer has been released showcasing the improved visuals from the newer game engine. Hellraid releases on PC, Xbox One and PS4 with a launch on Steam Early Access this autumn. 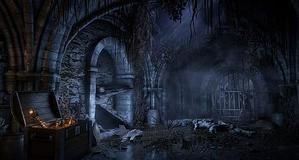