Ubisoft puts Unity and Far Cry 4 up for pre-order on Steam, hikes up UK prices

That is quite clearly bull****, especially when you can pick it up in boxed form from other retailers for far cheaper. You'll have to run the game through Ubisoft's godawful DRM programme anyway.

I can't comment on other pricing from around Europe, so if you're planning on picking the game up I'd make sure you keep an eye out to see if you're getting the best deal. How Ubisoft can justify that pricing for a digital release I don't even know. The gall of it. It really boils my piss.

Wait, though! You'll get a load of unnecessary crap along with your pre-order, so Ubisoft can pretend you're getting a good deal. Gold editions of both games offer a bunch of different bits and pieces, including a full Season Pass.

Pre-ordering also gets you the Chemical Revolution mission for Assassin's Creed: Unity, and the Hurk’s Redemption Mission set for Far Cry 4, which comes with three new missions and a harpoon gun.

Assassin's Creed: Unity comes out this October 28, while Far Cry 4 drops on November 18 in North America and 20 in Europe. I'm away to kick a chair around in the garden. 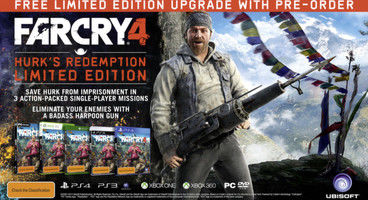 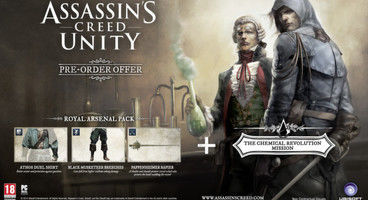