02 July 2015 | By Nick Horth
Star Wars Battlefront's Alpha launches this Thursday, and eagle-eyed fans have managed to siphon out a laundry list of data regarding the weapons and vehicles that will be available in the game. It's all been posted over on NeoGAF.

Here's the list of blasters and other hand-held weaponry you'll be able to employ: E11, A280, DH17, DL44, DLT19, DLT20a, EE3, Rocket Launcher, SE14c, and the T21 Light Repeating Blaster. Some of those, particularly the Rocket Launcher, might be obtained via special power-ups located in each level, while the EE3 Carbine (forgive me my nerdiness) is Boba Fett's signature weapon. I'd assume that will be unique to his playable Hero character. 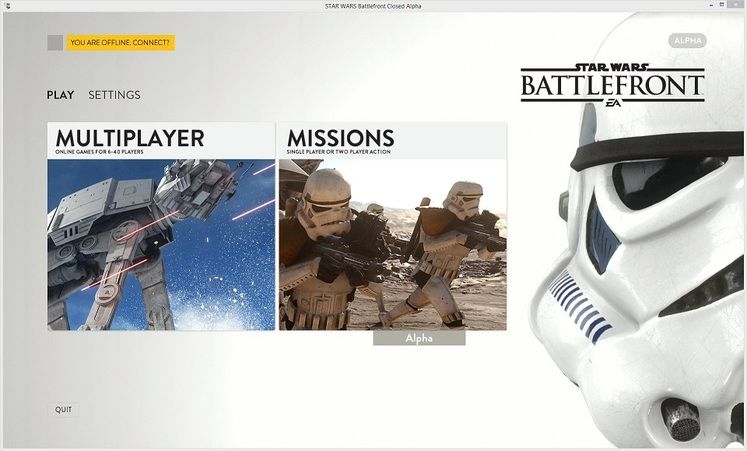 There are also several emote animations in the game, and the poster suggests that there's "some kind of blueprint system" for customising Imperial Stormtroopers, though the exact details of this aren't yet clear.

Players interested in getting a first glimpse of DICE's Star Wars-flavoured shooter were given the opportunity to register their interest in the closed Alpha just a few days ago. I wouldn't be totally shocked to see more images and information to leak as the Alpha continues.

Star Wars: Battlefront launches this September 20, on PC and consoles.