Paradox Development Studios has just set off an avalanche of words in their "last development diary" before the arrival of the Common Sense expansion for Europa Universalis IV next week, and before patch 1.12.

There's quite a bit to digest in this new diary, like tweaks to technology, gold mines 'suffering depletion', better economics for minor nations, changes to the new fort system, and significant map changes.

Racing off to explore the New World and colonising the heck out of it will have to wait a bit longer with these new updates as Paradox are changing when the first idea group unlocks to level 5 instead of 4. Administrative Efficiency will now cap at 50% instead of 75%, and Force March is pushed to Administrative Technology 15 instead of 9.

Gold mines can't be upgraded to ludicrous degrees with the new development system, warns the team, as every time they get invested in their chance to deplete will increase. The mines will provide a base level but should it deplete then it will halve. 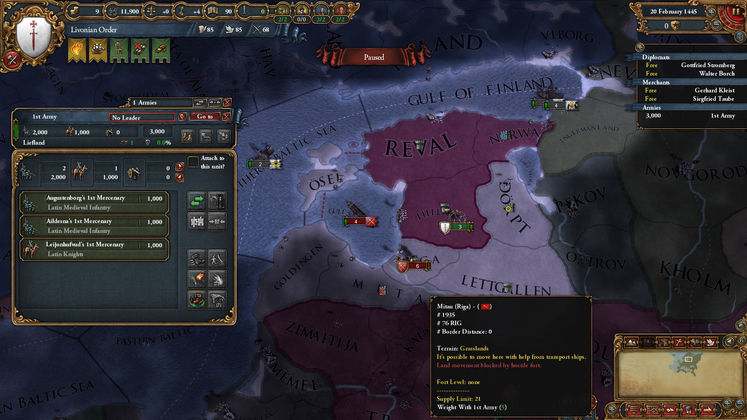 Minor nations will also get a boost to their economies to compensate for the changes to forts. Every minor will have a "base tax income of 1 ducat/month regardless of the value of their territories." Their land and naval limits are also boosted to help field armies.

There have been changes to the fort system, which unveiled back on April 9th. Now each level requires 3,000 men to be able to siege them, and when unlocking new fort levels through technology we get a bonus to siege against older forts making them fall easier.

"This provides an additional incentive to upgrade old forts to the newer, more expensive models and means that late-game armies will quickly breach and capture medieval castles."

There are a number of significant map changes coming with Common Sense, and these include expanding on Germany, Italy and altering sea zones.