Nick Horth has a grand vision of a bustling merchant republic, but ends up robbing the Dutch instead.

As previously hinted at, Paradox Development Studio is unhappy with the randomness of the New World. The team are now remaking the entire mechanic which was introduced to Europa Universalis IV through an expansion.

This 'remaking' will be entirely free to owners of the Conquest of Paradise add-on. A new developer diary has been released explaining the overall new direction for RNW mechanic. It's "likely" to make the next big patch.

A new developer diary today for Europa Universalis IV reveals the quite popular Random New World mechanic is being looked at again. The team may change it as there's something "just off about it."

Paradox Development Studio also acknowledges that Hotjoin "is still broken," and they're working to fix it. Also, Sauron and his hordes are getting evicted from 'Mt. Doom in Tibet' as high altitude lakes will now be possible.

Today is the day Common Sense prevails as Paradox Interactive has released the latest expansion for Europa Universalis IV. With it comes the big 1.12 patch and several free features for those unmoved by sense that is common.

The new add-on is priced at £10.99 and includes new religious mechanics, and a shake-up for Theocracies, greater interactions with subject states, parliamentary systems and other big overhauls.

Paradox Interactive have published the long list of patch 1.12 for grand strategy Europa Universalis IV ahead of tomorrow's release of said patch, and the Common Sense expansion. It reveals what "Free Features" everybody gets.

Some of these additions are necessary, like the significant overhaul to the province building system which is now tied to development level. Fish "no longer reduces unrest". Everybody revolt!

Paradox Development Studios has just set off an avalanche of words in their "last development diary" before the arrival of the Common Sense expansion for Europa Universalis IV next week, and before patch 1.12.

There's quite a bit to digest in this new diary, like tweaks to technology, gold mines 'suffering depletion', better economics for minor nations, changes to the new fort system, and significant map changes. 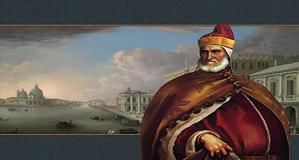 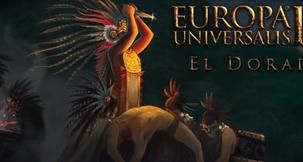 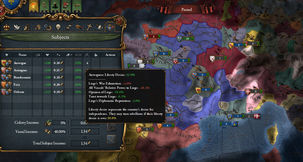 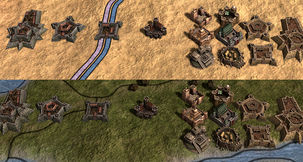