There's a new website up that's chock full of juicy details about the expansion, which takes place between the events of Baldur's Gate 1 and 2, and once again stars the heroic (or evil, depending on how you play) Bhaalspawn. Here's the plot synopsis; 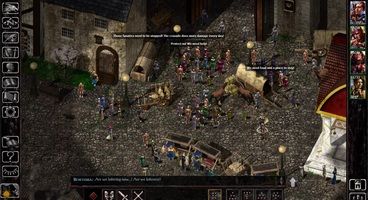 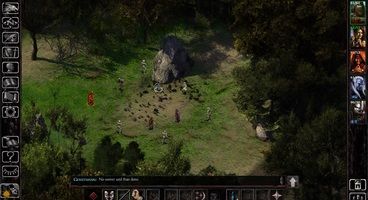 Though Sarevok is dead and his plan for war averted, peace eludes the citizens of Baldur's Gate. A crusade marches from the north, seizing supplies, forcing locals into military service, and disrupting trade along the Sword Coast. A charismatic warrior known as the Shining Lady leads this army, her background shrouded in mystery. Can the rumors be true—is she, like you, the child of a god?

Judging by the other children of Bhaal that you meet in the series, I'm sure she'll be just lovely. You'll need to own the Baldur's Gate: Enhanced Edition to play Siege of Dragonspear, which brings back all the updated features and new companions from the remaster, along with all your old friends from the original game. According to RPS, Beamdog's managed to recruit many of the original voice actors, including Jim Cummings as loveable barbarian Minsc,

There's no information on pricing or a potential release date just yet, but Beamdog says to expect more information soon. 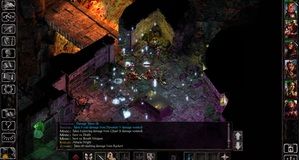