Conquer Japan through diplomacy or stabbing in Nobunaga’s Ambition: Sphere of Influence

10 August 2015 | By Nick Horth
Western audiences might not be used to seeing that many Japanese grand strategy games pop up on the market, but the Nobunaga's Ambition series is actually one of the longest-running examples out there – the first game was released way back in 1983.

Much like the Total War series, Nobunaga’s Ambition offers a blend of civilization building and real-time combat, with added diplomacy and the ability to call on Western allies for added firepower. It's more focused, of course, focusing on the exploits of the famous samurai daimyo Oda Nobunaga.

The game's heading to PCs and consoles this September 4. 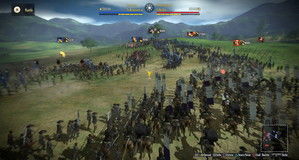