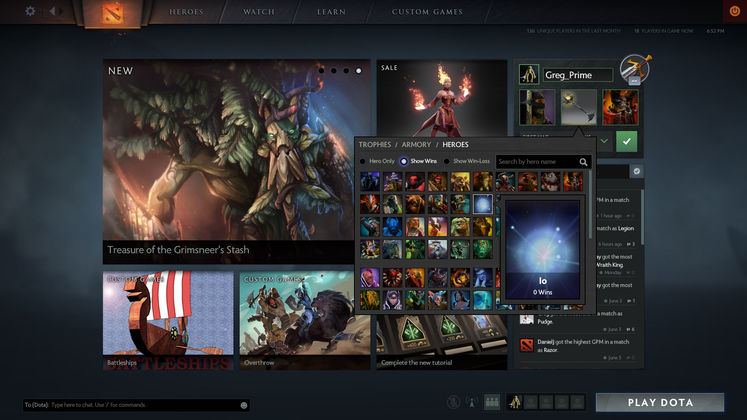 Valve has officially and finally released its major Dota 2 Reborn update, after several months in Beta. It brings in several UI improvements and a Custom Games mode.

It also moves the game over to Source 2, in possibly the most low-profile launch of a new game engine ever.

From today, the studio revealed over Twitter, the Reborn patch should go live, and matchmaking is only available in the updated version.

Alongside the engine upgrade, which Valve says should make developing new content a whole lot easier, comes an all-new dashboard interface, aimed at making jumping into matches and hunting down tournament streams to watch a great deal easier. A revamped Hero screen makes choosing and learning how to play each character easier, and there's a Demo hero option that lets you jump into an arena to test out his or her moves.

Custom Games mode allows the community to come up with its own unique spins on the traditional MOBA, "from a grand brawl between ten Invokers, to a story-driven dungeon adventure, to something creative that no one has seen before." The idea is to create the kind of creative environment that gave birth to Dota itself, way back in the days of Warcraft 3.

Little fanfare from Valve regarding the Reborn update then, but it undoubtedly marks an interesting new phase for Dota 2.