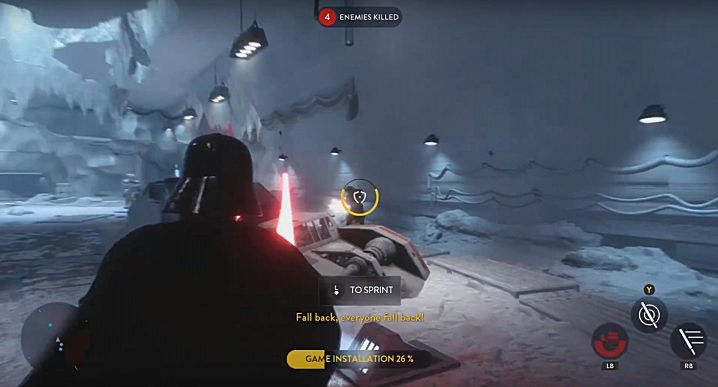 Xbox One gamers are getting to play the full version of Star Wars: Battlefront for free if they are a part of EA Access (they have to pay to continue playing it post-launch), and one of the bonuses of the game has been revealed: a mini-game in which you play Darth Vader and try to kill as many Rebel soldiers as possible.

The mini-game has two purposes. One is that it launches during game installation, so that you have something to do while waiting, and it also teaches many of the game mechanics for Vader, which includes Force choking and light saber blaster deflections. He is one of several iconic playable characters in the game..

Scoring is simple - one for every Rebel trooper you kill as Vader. However, the counter freezes at 99, though there's no reason not to continue making the Rebels pay for blowing up the Death Star and knocking your ship into deep space.

Star Wars: Battlefront is due to be released on 17 November 2015, so for those of you without an Xbox One without an EA Access subscription, you'll have to wait a few more days to show the Rebel scum the true power of the Dark Side.