14 January 2015 | By Nick Horth
Harebrained Schemes has set up a new Kickstarter campaign for Shadowrun: Hong Kong, an all new, full length standalone title that will build upon the foundations of the previous games to tell a new story, with new characters and a new location.

I'm trying to be very professional about this, but I love Shadowrun, and I loved Harebrained's two previous Shadowrun RPGs, so I'm pretty excited to see the developer return for a third entry. 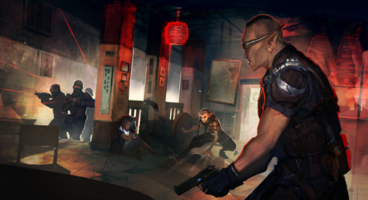 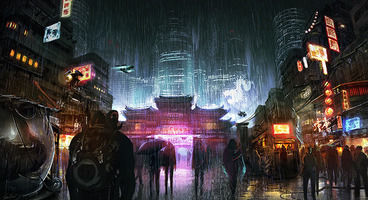 In the world of Shadowrun, Hong Kong, the new setting voted for by fans, is “a stable and prosperous port of call in a sea of chaos, warfare, and political turmoil.” Unlike the anarchic gang-controlled city of Berlin from Dragonfall, Hong Kong is controlled by big business corps and steeped in "guanxi - a network of influence and relationships based upon a combination of social status, and prestige.”

“Shadowrun: Hong Kong has everything you expect from a Harebrained Schemes Shadowrun game,” claims the developer, “strong storytelling and sharp writing, lots of morally gray choices, a crew of memorable characters with distinct personalities, challenging tactical turn-based combat, a robust character creation system, and a one of a kind cyberpunk-meets-magic game setting that’s endured for over 25 years.” 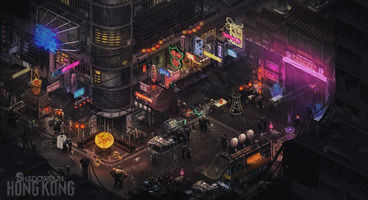 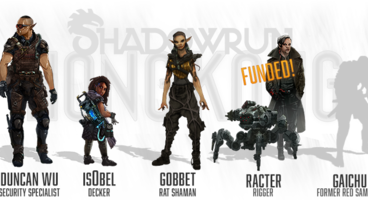 Your new crew (chatting with your team was one of the best things about last year's Dragonfall) includes street shaman Gobbet, “security specialist” Duncan Wu, Isobel the decker, and Racter the rigger. Hong Kong will include the companion advancement system found in the Director's Cut of Dragonfall, so you'll be able to customise your squad to your liking.

Shadowrun: Hong Kong is definitely going to happen – it's already earned twice its $100,000 campaign goal – so it's just a matter of seeing how much extra Harebrained can raise. With 34 days to go, the other stretch goals include side missions and “more animatic endings”. No words on a predicted release date yet, but we do know the game will be a PC exclusive.