It prominently features an AT-AT or three, with Stormtroopers, AT-STs, TIE Fighters, X-Wings and an Imperial Star Destroyer. The Battlefront series has always enjoyed ground and space combat.

Star Wars Celebration runs from today, April 16th, until the end of Sunday, April 19th. DICE's revival of the still popular Star Wars shooter has reignited the fanbase, which suffered terribly after an already-in-the-works Battlefront at Free Radical (now Crytek UK) was canned.

Star Wars Battlefront releases on PC, Xbox One and PS4 this winter. Actual in-game footage is expected to be revealed by the studio tomorrow. 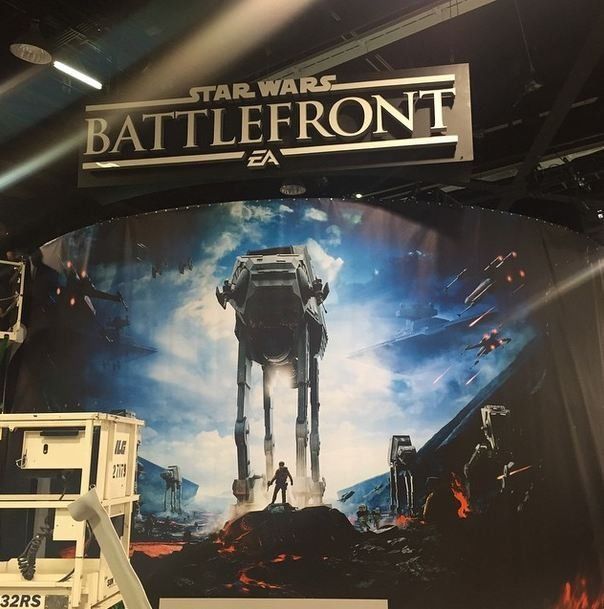