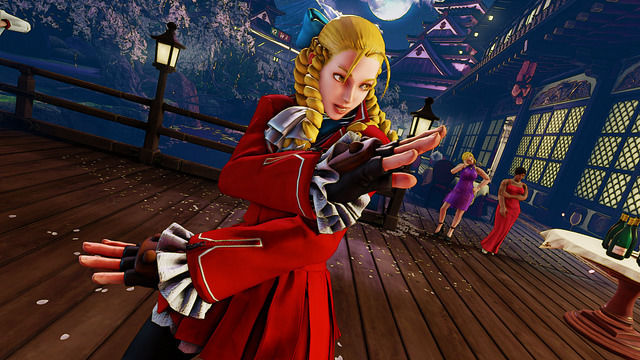 Two years back Capcom held a vote to see which characters were the most popular worldwide, and Karin came a respectable seventh. She was the number one choice in Japan, interestingly, despite the fact that I'd hardly call her a well-known character you would immediately associate with the franchise.

"In Street Fighter V, Karin is a well-rounded character," Capcom explains, "possessing a wide array of strikes and moves at her disposal for any situation. Utilizing her new dash move allows her to close the distance quickly between her opponents and go in for a quick high-low attack or throw."

She's quick and has a dash move to get up close, and her V-Trigger special move can be customised in a number of ways depending on your button strikes, lending her versatile options depending on where the enemy is positioned.

Capcom also detailed the return of the Capcom Fighters Network, a community tool built into Street Fighter 5. It lets you browse the world's best players' stats, invite challengers to battle, check your friends' progress and so on.

Street Fighter 5 launches in early 2016, with cross-platform play between PC and PS4.