At its core pretty much the finest in its genre, if missing some key content that'll be added via updates

While Street Fighter IV did make its way to PC in a number of forms, Street Fighter V marks the first time that PC games are getting a bang up to date release of Capcom’s iconic fighting series on day one, and also marks the first time that the PC player base will be united with those on console with unified servers and cross-platform online play.

At its core pretty much the finest in its genre, if missing some key content that'll be added via updates.

As such, it’s a bit of a big deal. This game matters to Capcom, but it matters beyond that, too - this is the best shot for fighting games to truly grow on PC.

Much inspiration for Street Fighter V appears to have been taken from other titles that have thrived on the PC, particularly in the eSports space. Most obvious is the influence of MOBAs and competitive titles how the Capcom Fighters Network, the title’s online infrastructure, functions. The game spits out detailed stats and pie charts about you and your opponents if you feel inclined to peruse them, all with the aim of helping you to improve. 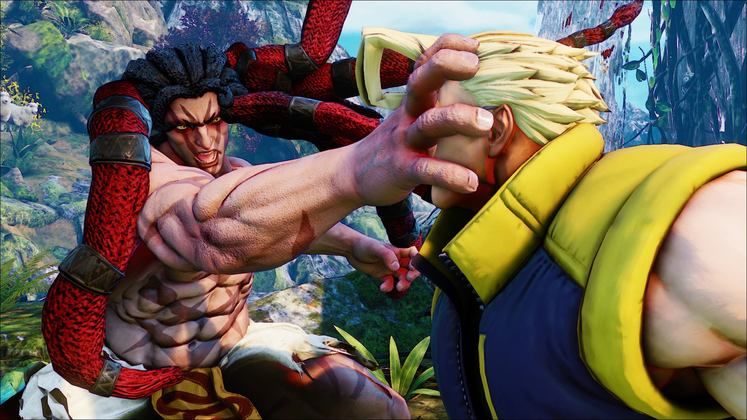 Behind this is also a game that has in a sense taken on the philosophy of less being more. Special move inputs have been made simpler and combos have been made easier to execute, Capcom’s thinking being that having the fastest fingers or the best muscle memory shouldn’t necessarily make you the best player.

Street Fighter is like chess, and is about strategy, they say, and so they want to remove artificial barriers to success such as obscure inputs. This is a welcome addition, and for any PC gamers who’ve felt daunted by a genre they’ve never really experienced before, this all makes sense. Even as somebody has been a fighting game devotee for years, I think simplifying the game in this way actually appeals to its strengths and improves it.

Most fighting games have tier lists, but the game feels balanced to the extreme, and Capcom’s promise of ongoing balance changes means that if something broken does emerge, it’ll be taken care of. SF5 feels like a meticulously built machine, with each of its core mechanics interlocking to create an incredibly cohesive and satisfying whole.

Behind all this is the backdrop of Capcom’s eSports ambitions, personified in the $500,000 Capcom Cup. Street Fighter V needs to be balanced in order to support those ambitions, and it is – its sixteen-strong cast is one of the most carefully balanced and diverse I’ve ever seen in fighting games. Every character has a niche, and there’s somebody for everyone. It also needs to have great online - and it does.

In pre-release the Capcom Fighters Network feels like exactly the infrastructure a game of this type needs, with Starcraft-style leagues, points to gain and lose, and individual levels per character to denote how experienced you are with them specifically. It’s smartly and slickly designed. 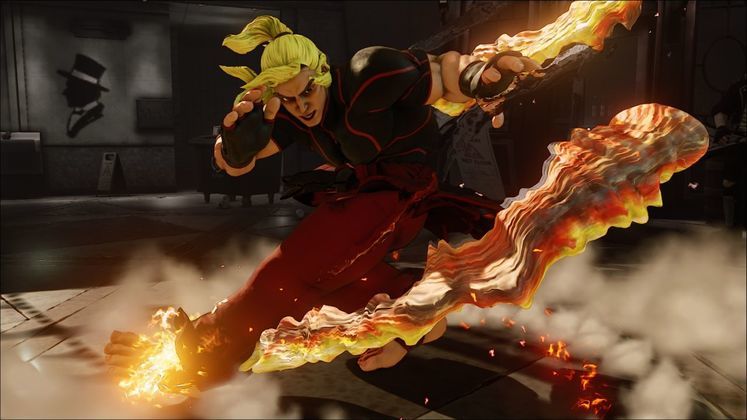 An important thing to address for PC fans to consider is the controller situation; while Street Fighter absolutely can be played with Keyboard - there’s even one or two keyboard players on the tournament circuit - in real terms you’ll want to look into a controller, either GamePad or an Arcade Stick. The title is plainly built for this, with the mouse having no functionality at all, not even in menus, but that should, I imagine, be fairly obvious thanks to the title’s genre.

Where the game falls down is also in a sense thanks to its eSports-minded structure thanks to the implementation of an aggressive update structure. Over the next seven months the game will add six new characters, all of which are unlockable either free of charge by earning in-game ‘Fight Money’ through play, or simply by buying them as DLC - a familiar MOBA style structure.

The characters are a welcome addition, but beyond that the game is also set to add several new modes, several of which are hard to accept as being initially absent at all. Online lobbies are limited at launch, with eight-player lobbies coming a month later. Trials mode, which teaches character combos, also won’t arrive until March.

While there is story content with full voice over and story sequences told via anime stills included on day one, a fully fledged story mode with 3D cinematic sequences that concludes the story won’t arrive until June as part of a major free expansion update. 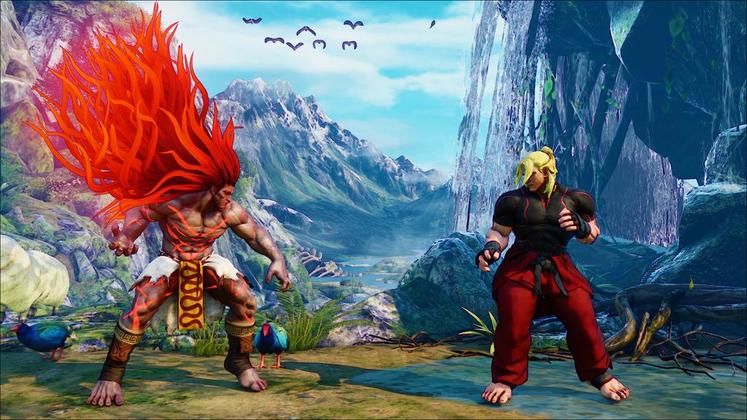 Other modes are omitted entirely - strangely, there’s no way to just battle a computer-controlled character in the same style as you would a human. There’s the story mode and a challenge-based survival mode, but no typical best-of-three versus against the computer beyond hopping into training mode.

These omissions feel strange at best and at worst outright negligent, dragging a game that mechanically feels like a perfect 10 down a few pegs.

If we get down to brass tacks, Street Fighter V is mechanically one of the best titles in the genre and possibly the best in this storied series, but it’s also lacking in single-player content to the extent that in places it feels unfinished. Multiplayer battling has practically endless scope on or offline in a game of this tactical depth, but I still can’t help but feel that doesn’t excuse the lack of solo activities or how key training features such as trials are missing for the first month after launch.

If Capcom keeps up its promised content schedule and the content quality is there, this game arguably draws pretty damn close to perfection. At launch, it’s a strong recommendation with the caveat that the game is somewhat lacking in content right now - but by June, with trials mode, three extra characters, full online lobbies and the full story mode, this game should be killer. With all that in mind, for now let’s call Street Fighter V an 8.5 out of 10 – but if all goes to plan, it’ll find that extra point and a half before the year is out.

In a game like this it’s going to be different for everyone, but it’s almost always going to be that bad-ass combo that brings you back from the brink of defeat.