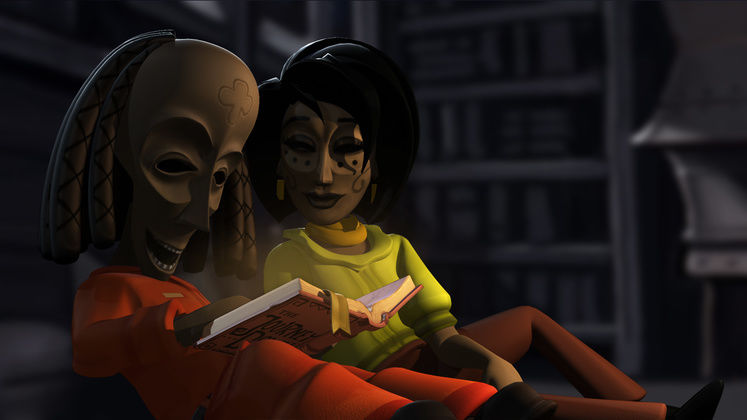 Indie developer SkyGoblin released the critically acclaimed first two chapters of their "Afro-noir" point-and-click adventure The Journey Down in 2012 and 2014, and now thanks to a successful Kickstarter, they will be releasing Chapter Three in 2016. They have also reached their first and second stretch goals.

The first chapter earned a 7.5/10 score in GameWatcher's review, while the second chapter had a 7.0/10 score in the next review.

The second stretch goal has funded the hiring of German-speaking actors so gamers from the country don't need subtitles on English dialog.

Gamers interested in backing the game have the option of getting all three chapters at a certain reward tier. Chapter Three is expected to see release in September 2016.