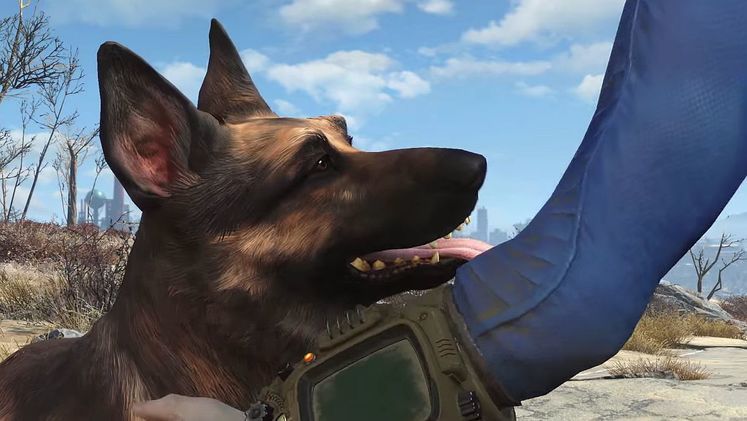 Somehow managing to survive the nuclear apocalypse without growing six extra heads or any extraneous tentacles, your loyal canine companion Dogmeat will return in the upcoming Fallout 4.

In this video interview with Bethesda's Todd Howard, we get a closer look at the lovable mutt, who it turns out is modelled on lead level designer Joel Burgess' own German Shepard.

Bethesda's introduced a few convenience features for companions in Fallout 4. Dogmeat is now indestructible, which Howard says is because most players simply restarted their game when he died in Fallout 3. He can get knocked down, of course, but apply a stimpack to him and he'll be up and running in short order.

The same goes for the dozen or so other companions in the game. You won't have to worry about accidentally laser-gunning your best friend's kneecaps off when Fallout 4 launches this November 10.