Independent developer Amplitude Studios is preparing the new Shadows expansion for fantasy 4X Endless Legends to release this summer for PC. It "integrates a highly requested and anticipated feature" to the main game.

That feature? Espionage. Now we can add spycraft to our plans as we infiltrate, pillage and assassinate to dominance. We also see the arrival of the new 'Forgotten' faction, which is focused on spying.

"The Forgotten are a faction that all others thought to be lost or dead. Against their will, they were forged into a tight society of violent and distrustful survivors, having spent the final years of the cataclysm alone on the surface of Auriga. Now, as rifts in their society have led a splinter faction to declare its independence, the Forgotten are risking everything in the hopes that the other factions will accept them – or kneel before them."

The studio has already released one expansion for Endless Legend which added huge hulking Guardians to our arsenal. It also featured Legendary Deeds to reward Empires willing to complete challenges before their rivals, and included Legendary Buildings for unique perks.

The new Endless Legend Shadows expansion will be hands-on at Gamescom next month. A faction reveal trailer has been released by Amplitude - don't forget to watch it, seriously.

▪ Play the brand new faction, the Forgotten, experts in the new espionage skills.

▪ Infiltrate an empire to steal, capture, sabotage and assassinate!

▪ Pillage villages, extractors and watchtowers to slow your enemy’s progression.

▪ Equip your heroes with “Insignia” accessories to give them special espionage abilities.

▪ Defend yourself by using counterespionage skills and the new “Detection” capacity. 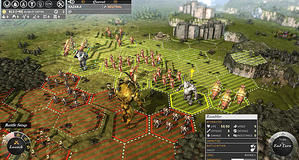