26 June 2015 | By Nick Horth
I think it's fair to say there's a not-inconsiderable level of excitement around Creative Assembly's upcoming Total War: Warhammer, but the history buffs amongst the studio's fanbase might be a little worried that it's abandoning historical campaigns in favour of great big bloody dragons.

Our very own Alex Donaldson chatted to campaign designer James Winston, and lead writer Andy Hall at E3 earlier this month, and they reassured him CA's three planned Warhammer titles are very much a separate project. 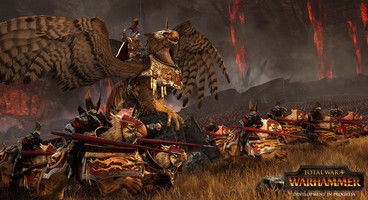 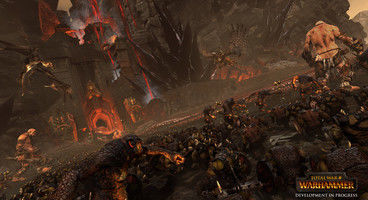 "For experienced Total War players, we're bringing all these different facets – it's the first time we're going to have air-to-air combat, or air-to-ground combat. So even if you're not into the lore, or even into fantasy games there's some cool strategy elements there. How do big creatures work, how does magic work?" 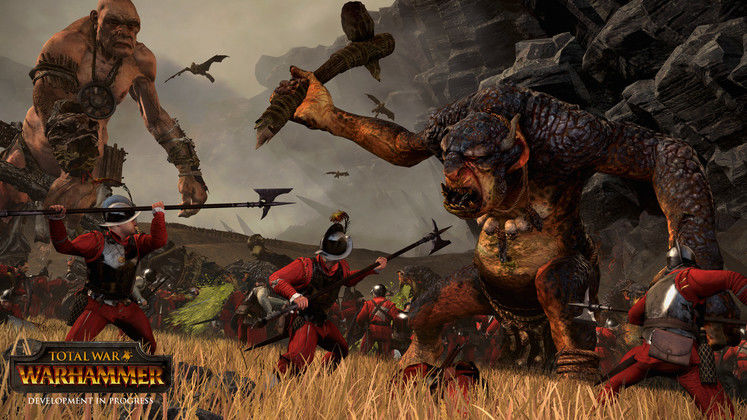 Total War and Warhammer seem like such a natural fit that it's a little surprising Creative Assembly and Games Workshop haven't teamed up before now. Hall and Winston say there's been a mutual desire to collaborate for a long time.

"We've wanted to do a fantasy game for quite a while now," explained Winston, "and obviously we've got fifteen years experience of doing these broad-scoped games that really evoke a period of history. And then it just seemed that the stars moved into alignment. Warhammer became available, they (Creative Assembly) were interested, we were interested, so here we are."

"I worked at Games Workshop for sixteen years before I joined the guys here," added Hall, "so I was on the other side of the fence. Games Workshop wanted a Total War version of Warhammer just as much as these guys wanted Warhammer as part of Total War. So it's a match made in heaven."

Check out the full interview for more tasty nuggets of information regarding Total War: Warhammer, which is still planned for a 2015 release.