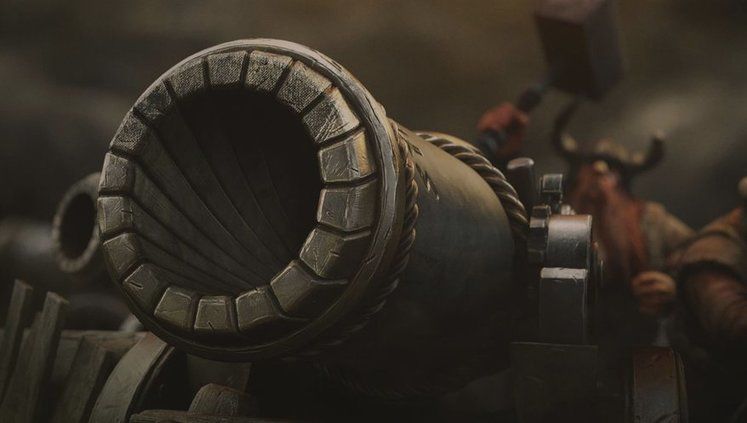 One of the four armies included in the game's launch edition, the Dwarfs unsurprisingly specialise in heavy infantry - their Longbeards, Ironbreakers and Hammerer troops are deadly not just against other enemy foot units, but against monsters and heroes as well. Plus, they've got the best-looking armour and weapons in the business. Fact.

"Our artists and animators have really enjoyed evoking the feeling of bundled strength, like a coiled spring unleashed," says the narrator, over footage of a valiant dwarf battering the hell out of an unfortunate goblin. n battle, a unit of Dwarf Warriors is a steadfast unit, superior against enemy basic infantry, but equally capable of bringing down more monstrous foes as well."

Right, when Total War: Warhammer launches it's got to be a Dwarf army, hasn't it? We still don't know when that will be, of course, the game's Steam page still simply says "coming soon."