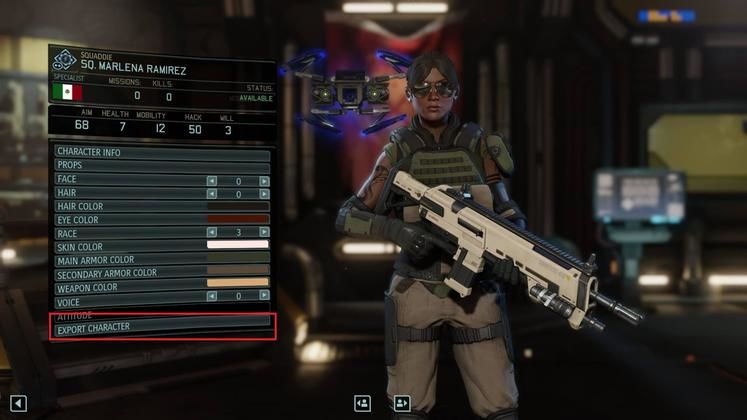 Eagle-eyed Reddit posters have spotted an interesting little bit of text in a new XCOM 2 screenshot released by Firaxis – the shot of the sequel's soldier customisation screen shows a menu button that reads 'export character'.

What that actually means, we still don't know – it could simply mean that you can shift your favorite troopers between saved games, but it also suggests you might be able to trade them with your friends.

It's all speculation until the developers confirm it, but given the expanded customisation options in XCOM 2, the ability to save a cosmetic copy of your star soldiers would be a logical next step in the game's ongoing attempt to make you feel awful when you get them killed by plasma grenades.

XCOM 2 is out this November.