31 March 2015 | By SimonPriest
The official trailer for the much delayed PC version of Grand Theft Auto V is pencilled in for this Thursday, April 2nd @ 10am EDT / 3pm GMT. This has been hotly anticipated to show off all that the PC can offer.

Rockstar also reveals it will be running at 60 frames-per-second, and it will debut exclusively on the official website. They advise the "most recent generation device" or browser for maximum drool factor.

The studio released a teasing image from the trailer which appears to show the main characters during one of the story campaign's heists involving ludicrously heavy body armour and serious firepower. 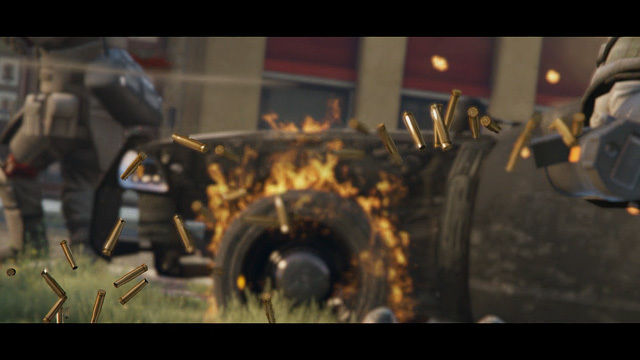