We can't say we were expecting this, since Games Workshop are pretty touchy about anyone playing around or changing its IP, and we don't think there's been many moddable – if any - Warhammer games in the past, so it's extremely exciting to reveal that Creative Assembly have officially announced the Assembly Kit and Steam Workshop support for Total War: WARHAMMER.

The development team will be working with modders in the run up to the release, which means we should start seeing mods available on launch day; the 24th May.

"Though it was announced previously that the title would not benefit from official mod and Workshop support, CA and Games Workshop have been working away on the paperwork to make this much-demanded fan feature a reality." said a Creative Assembly spokesperson.

With Total War: WARHAMMER releasing on the 24th May, will it be good enough to end up on our list of The Best Strategy Games for PC? 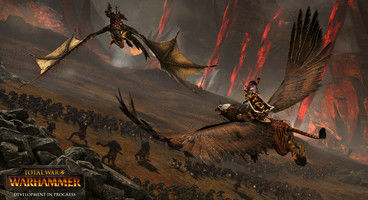 Visit Steam Workshop For TW: WARHAMMER – and upload, browse, follow, discuss and install available mods straight from Steam, and access and manage them from the new Total War Mod Manager.

Get the Assembly Kit – CA’s modding tool box previously released for S, will release with the Database Editor and BOB for modifying and exporting database tables and campaign start positions, with the aim to add further functionality, including battle map editing, later in the year.

Download Mods – Attendees to CA’s Mod Summits over the last three years will be supplied early access to the game, to help populate the Steam Workshop from day one. Also, well-known modders Magnar and Dresden will receive specific help from the dev team to produce certain mods. Magnar is designing a Legendary Lord Start Position Mod; customising start positions so that Legendary Lords will start in different locations from Race Leaders, while Dresden is engineering a Regional Occupation Mod; altering the settlement rules to enable each race to settle every region.

While we probably won't see any new races added to the game with modding, it'll be interesting to see what improvements the community can come up with for Total War: WARHAMMER when it releases for the PC on 24th May. 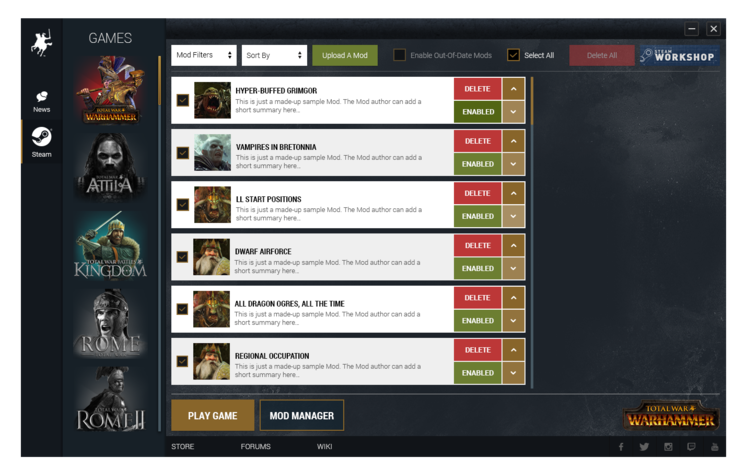