Christmas is the time for giving, no? And what better way to give than by giving through the art of watching the developers of Planet Coaster show us how building a theme park should be done. On December 19 at around midday GMT, Frontier Developments will livestream both Planet Coaster and Elite: Dangerous while auctioning off some unique collectables in the name of charity.

You've likely heard of Special Effect. It's a popular, and deservedly so, charity organisation which specialises in making sure those with disabilities can still enjoy our beloved pastime. And by tuning into the Frontier Developments live stream, you'll be able to support their cause and interact with the developers behind both of their current games. 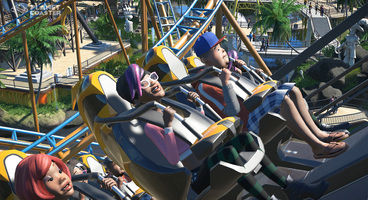 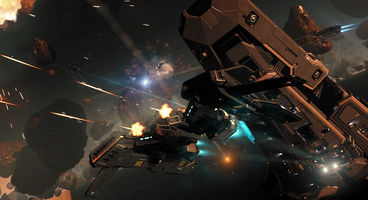 Likely taking place after the Planet Coaster December update, it'll be a good chance to ask the developers about any further updates in the works. Do you think Planet Coaster is missing a key ride type? Or maybe Elite Dangerous could really benefit from a simple QoL change. And hey; if you bid enough during the auctions, you might end up having a meal out with the team, too.

Remember to cast your vote for the Christmas update ride of choice coming to Planet Coaster later this month.

While you'll be in the position to win a lot of goods for a simple £1 donation, you'll be able to bid on some exclusive goods like Planet Coaster cushions, developer-made calligraphy and even the ticket booth prop seen floating around the Frontier Developments office.

There's a full list of all the goods up for grabs here. Whether you're on Team Coaster or Team Dangerous, it's a good time to come together for a noble cause - and maybe pick up - or dish out - a few gameplay tips along the way.