Hunt Down Heretics In The New Crusader Kings II: Monks and Mystics Expansion

A lot of the time, at least when it comes to an RTS title, you're in it for the war. You finish up your campaign and delve knee-deep into another looking to build your empire and beat down the opposition yet again. So if someone - or something - attempted peace, you'd put them in their place. And that's the idea of the newest Crusader Kings II: Monks & Mystics expansion.

Those at peace with their surrounding nations and keen on reflecting with harmony can't be ruled. And where's the fun in that? In the upcoming Monks & Mystics expansion, you're looking to either bring religion together, or undo the ties which bind it. 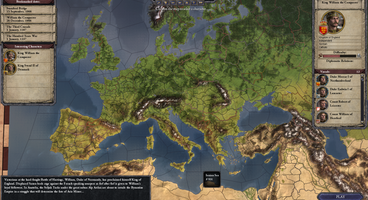 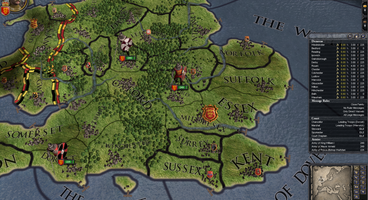 The biggest feature when it comes to the upcoming expansion is the addition of the Society system. If you're not one for joining the holy house, consider enrolling in a secret cult or, should you wish, a Gnostic Heresy. With your influence, a group is bound to gain members - and as a group grows, its leaders grow too.

Three years ago Paradox pledged an additional two years of support for Crusader Kings. It ended up being far more.

As your faction of choice starts to expand, the leader of the group will start to gain 'power and prestige' over time. And where's there's power, there's plight - usually. So look forward to a few new branching paths for your characters and a slew of actions to show for your efforts. Hire assassins, dig up key archaeological sites and send your holiest man to seek out those who defy the church.

While we're given no placeholder release date for Paradox's expansion to the Crusader Kings II, they do promise it'll be with retailers and digital marketplaces "soon".