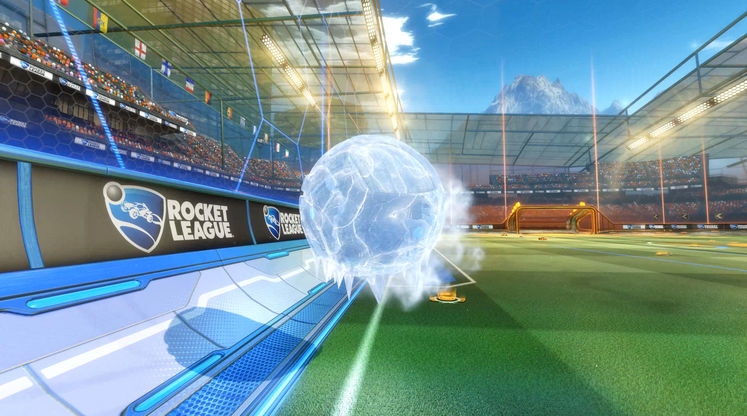 Rocket League’s cool and all, but it’s just not crazy enough. I mean, sure, it’s about rocket-powered jet cars doing acrobatics to knock around a futuristic soccer ball, but where are the Mario Kart-style power-ups? Thankfully, Psyonix is ready to address this glaring concern with a new game mode coming in September.

The Rocket League Rumble mode will still have teams competing for goals in standard arenas, but will feature 11 new power-ups to guide you to glory. The Boot will kick an opponent’s car, Disruptor will make them lose control, Freezer will lock the ball in place, even in mid-air, and modern gaming’s obsession with Grappling Hooks continues with an item that will pull you toward the ball.

Is Rocket League a sport? I don’t know, but it is on our list of the best sports games on PC!

There’s also a ball-punching Haymaker, a Magnetizer which draws the ball to your car, which will certainly be bad news for the other team if you’re inside their goal, a ball-grabbing Plunger, a Power Hitter power-up which overpowers your hitting ability, a Spike which sticks the ball to your car, and a Swapper to change places with an opponent on the field.

Finally, there’s the mighty Tornado, which will sweep up the ball and any opposing cars into the MIdwestern nightmare of a funnel cloud. Rocket League Rumble, like previous unique modes, will show up in playlists, Private, and Exhibition matches when it launches in September.