With so many releases over the holiday period, it's difficult to keep track of them all. But with Warhammer dominating most of the news lately, it certainly was no surprise to see Total War: Warhammer's 'Realm of the Wood Elves' expansion land.

Being the first major expansion to Creative Assembly's breakout hit, it's the first to usher in their idea of having a strategy title containing all of the Warhammer universe's varied factions. 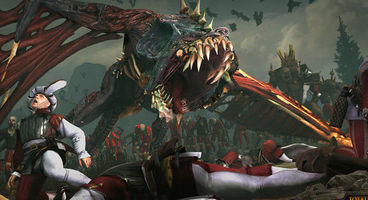 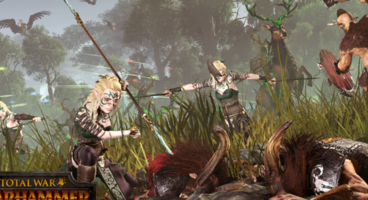 Taking centre stage this time around is the titular Wood Elves. If you saw our last look at the title, you'll know they have access to the mighty Durthu 'legendary lord' - there's Orion too! Two new 'Lord' types march in followed by three new 'Hero' type units all with deep skill trees.

Just how many factions do Creative Assembly want to add? More than 15.

The Wood Elves use 'Amber' as their currency of choice and can conquer any portion of the map. Appearing alongside the new combatants is the 'Wonder-based Campaign victory condition' and an in-depth Wood Elves army roster. There's even a new campaign map unique to the Wood Elves story 'Season of Revelations'.

The update is live now through Steam and will set you back around £13.99. How much that is in Amber will take some shopping around. Exchange rates aren't the best right now.