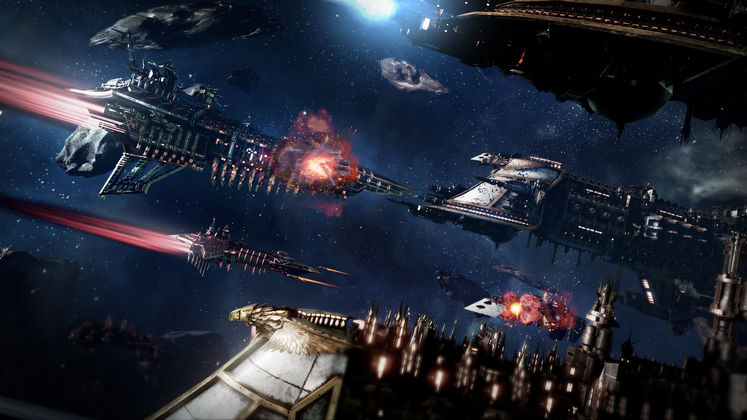 Winners: The competition has now closed, with the winners announced! Congratulations:

You will be emailed your codes shortly!

Battlefleet Gothic: Armada is an RTS set in the Warhammer 40k universe. It pits Chaos, Imperium, Eldar, and Orks against one another in massive space battles. You’ll be able to fully customize your fleet’s individual ships, from weaponry and defense systems to crew and captains. Crew members will gain experience over time and become more powerful as they survive successive battles, meaning that you’ll need to carefully protect your most valuable ships.

You can either tackle players online in 4-player matches, or engage in the cinematic story mode, which takes place during the 12th Black Crusade, where the forces of the Imperium and Abaddon the Despoiler wage pitched battles in the midst of the Gothic War.

The game will be available on Steam this month with a current launch price of $35.99, but once again, we’re giving you the chance to get it for free! We’ve got five copies to give away, and all you have to do to enter is hit up our fancy contest box below.