SEGA Teams Up With Wargaming To Bring Total War: Arena To The Masses

Teaming up with the folks behind mega-hit World of Tanks, SEGA and Creative Assembly have pledged their Total War: Arena free-to-play title to this surprise partnership.

Identifying Wargaming as a market leader in authentic free-to-play battle simulations, they've decided to forge an alliance - the Wargaming Alliance - to bring Total War: Arena to a wider audience. 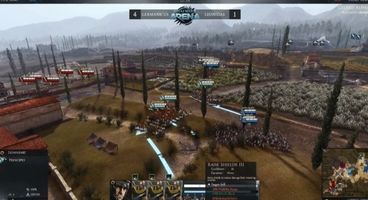 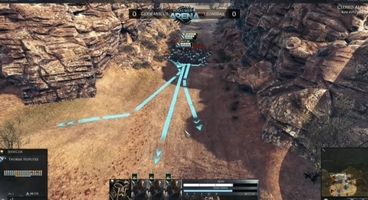 With Wargaming already having a cumulative total of around 100 million players across titles like World of Tanks, World of Warships and, you guessed it, World of Warplanes, the partnership looks to capitalize on Creative Assembly's expertise and Wargaming's track record with free-to-play success.

Total War: Arena will continue to be developed and worked on by Creative Assembly - the folks behind SEGA's massively popular Total War maingames. They even worked on Alien: Isolation!

While not much has been heard since the conclusion of a closed beta test earlier in the year, Total War: Arena will pit the Greeks, Romans and brave Barbarian heroes in 10v10 skirmishes. Teamwork and cunning reign supreme when you're dealing with thousands of troops.

There is currently no solid release date for the title other than an aged 2016 placeholder. 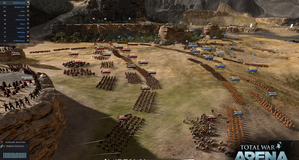