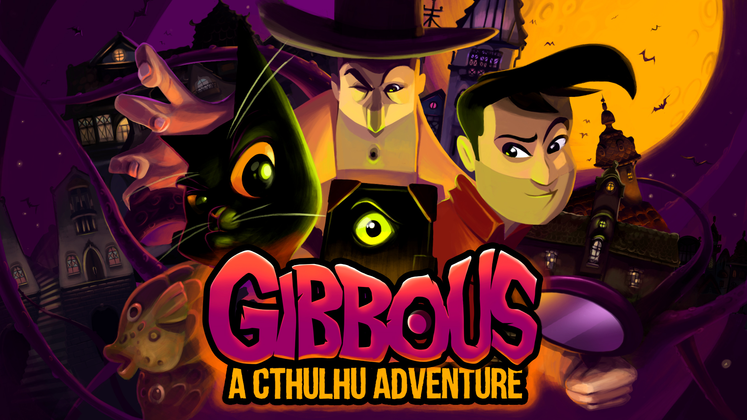 Gibbous - A Cthulhu Adventure is a lovecraftian comedy horror, point 'n click adventure that's heavily inspired by those classic LucasArts games, such as Day of the Tentacle or Sam and Max Hit the Road.

The game has you controlling 3 protagonists dealing with strange cultists, ancient voodoo, and a Dead Cthulhu? We can't tell you what that's about because we haven't played it yet, but there's a demo available for anyone that wants to check it out. It's set in a present day city called Darkham, where things are weirder than usual, which is probably down to the blasted Necronomicon and Cthulhu.

Will Gibbous - A Cthulhu Adventure end up on our list of The Best Indie Games on PC, if the Kickstarter campaign is a success? 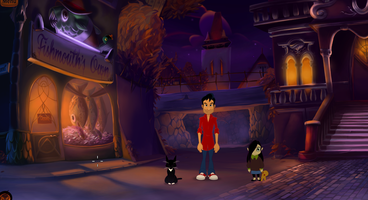 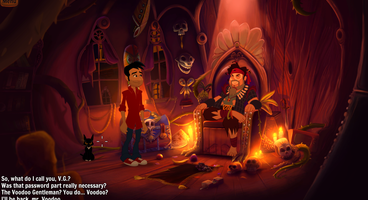 The story goes like this: Don R. Ketype is a private eye that's hired by an unknown client to find a book called The Necronomicon, although this book falls into the hands of the game's main protagonist - Buzz Kerwan – who is an easy living librarian. Probably messing around, Kerwan somehow manages to transform his cat called Kitteh into a talking cat that follows and helps you through the game. Kerwan then goes on a mission to turn Kitteh back into a normal cat. Why would you do that? A talking cat would be amazing. Does anyone remember how cool Salem was from Sabrina the teenage witch?

"We believe exploration is the way to go when it comes to adventures, that's why most hotspots have multiple "examine" responses." said the developers. "We're not crazy about games always shouting back the same thing when you use something on something else, so we're making a point of having customized responses for every combination you can think of, Shub-Niggurath willing." 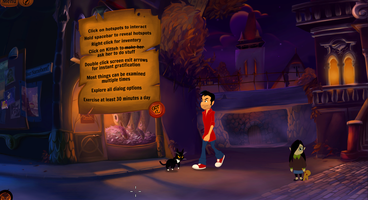 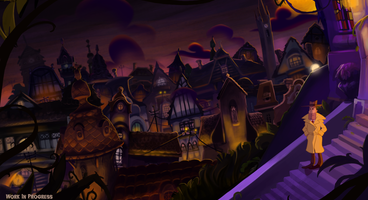 Gibbous - A Cthulhu Adventure is being developed by Stuck In Attic, a small indie team located in Tirgu Mures, Transylvania. The teams currently looking for £28611 on Kickstarter to fund development. Will you be pledging your support to it?

There's a demo for Windows, Linux and Mac versions, which can be found on the KickStarter page. Let us know what you make of it in the comments below. 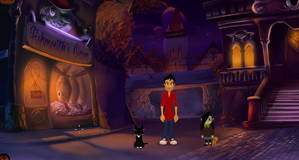