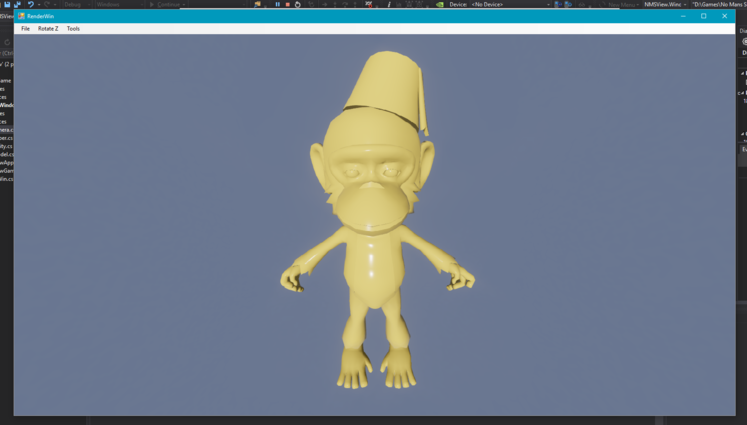 No Man’s Sky is out and on the hard drives of home computers, so obviously its files are already being picked apart in an effort to divine all of its secrets. If you’re hoping for any major revelations about the nature of the universe or secret modes, you’ll be disappointed, but there are some interesting tidbits and finds throughout.

One of those finds is an astronaut model that could very well be the player character. No Man’s Sky is a universe without mirrors, so there’s no way to see yourself, but a work-in-progress character model seems to reveal what you look like. Or, at least, what you might have looked like if any kind of third-person view was implemented in the game.

Check out our list of the best free games on PC!

Other elements suggest that the game has been in development since 2008, though those could be holdovers from pieces of the Joe Danger engine. Still, evidence of PS3 and 360 prototypes show just how long the title’s been in development. Other fun stuff--a monkey in a fez and a Half-Life 2 logo.

Also of note--the PC version still uses PlayStation 4 libraries and compression, suggesting pretty strongly that the console was the lead platform here, though that’s no particular surprise. Among all the data, there also doesn’t seem to be any mention of development on a multiplayer feature for the game. You can see everything at this NeoGAF thread. (Thanks, PC Gamer.)