It may seem hard to believe now, but back in the mid-90's, the roleplaying game was dead in the West. Every publisher was pumping out new first person shooters and real-time strategy games, while few if any major roleplaying games were being released. This led to the rise of the JRPG, as console gamers were getting franchises such as Final Fantasy and Phantasy Star, and even ports of the classic PC game Ultima. But for PC gamers, the cupboard was bare in terms of roleplaying games.

Then Diablo arrived in 1998, and was an instant smash hit. Part of the appeal was that it was in real-time, rather than dowdy old turn-based. It also was dark and bloody, with a simple, moody but ear-catching guitar soundtrack. This game, along with Interplay's partnership with Black Isle, which brought back Fallout and the Dungeons & Dragons titles starting with Baldur's Gate, singlehandedly revived the RPG for good.

The story of Diablo started in 1994, when David Brevik pitched his concept to Blizzard for Diablo on behalf of his studio Condor Inc, which would later become Blizzard North. The original design docs, revealed for the first time at this year's Game Developers Conference, showed that the game started out as a traditional turn-based rogue-like. 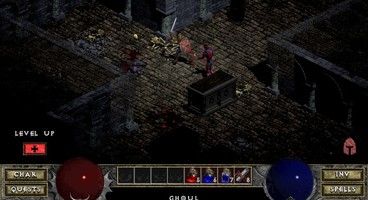 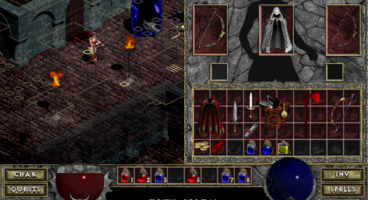 According to the docs, Diablo was intended as a "feel-good" hack-and-slash, and that the game would stress simplicity in an age of "multimedia extravaganzas" and "needless scale and complexity". (One might remember that the mid-to-late 90's was when CD-ROMs were in their infancy, and gamers couldn't swing a dead cat without hitting a full motion video adventure game.)

Aside from being turn-based, most of Diablo remains the same: players start in a village with a single dungeon that goes down, down, and deeper down with randomly generated levels. Some of the tech of the day is mentioned, such as including same machine 2 player games and multiplayer sessions via LAN or modem. In a 2 player game, there would be a timer that forced the player to take an action or lose it. Another feature that would have been in the game was perma-death as a PC being killed would wipe the character off the hard drive.

Finally, for those of you who complain that there's too much planned downloadable content in today's games, Brevik wrote in his design doc that Diablo's marketing model would be inspired by Magic: the Gathering, which had debuted the year before in 1993. He envisioned having Diablo then "expansion disks" which would add more monsters, items, traps and graphic upgrades. Each "disk" would cost $4.95 (which would be roughly $8 in 2016), and Brevik stated that players would buy them just to "collect them all." "A 'collector' type art card, representing a rare item in a pack, could enhance this sense of collectibility." (Those around during the speculation boom of comic books during the mid-90's will probably recognize this sales tactic.) 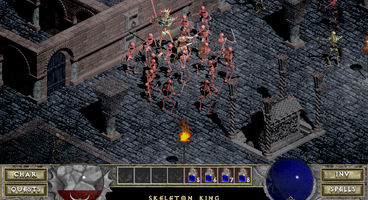 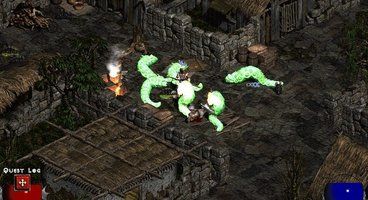 If the "expansion disks" were successful, Brevik envisioned that "expansion pack series" could be released, again, a la Magic: the Gathering's various expansion boosters. "Dark Nightmares" and "Holy Avengers" were two suggested titles.

Perhaps one of the most ambitious aspects of the pitch was a turnaround of a mere 12 months. Somewhere along the line, of course, Diablo became a real-time action-RPG, and the idea of the CRPG equivalent of booster packs were dropped. This lengthened the game's dev time by a few years. The finished product was released in 1998, four years after Brevik's pitch, and became an instant smash. One expansion was released, Hellfire. Its sequel, Diablo II, was launched in 2000 and basically exploded, with the new concept of a Collector's Edition becoming the hottest item that year, fetching hundreds of dollars on eBay.

The franchise remains healthy, with gamers on both PC and console enjoying Diablo III, and a mysterious new Diablo game is being developed. It's unknown whether it's Diablo IV or set in a comipletely new genre, but fans eagerly await the next game in the series.