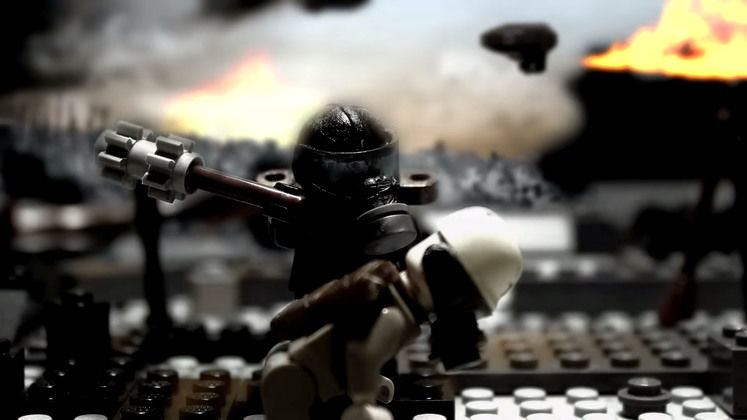 In my youth, I spent quite a bit of time watching fan-made, stop-motion Lego films, and it seems that the art has been continuing to progress. Just today we stumbled across the Battlefield 1 trailer, rebuilt brick-by-brick in loving Lego animation, full of greenscreen explosions and bricks flying every which way.

All the hits are here! Lego mace! Lego horseback riders! Lego dogfighting! Lego first-person shooting! Lego airships! And lots and lots of Lego murder. It’s also appropriate that a White Stripes song is once again being played over Lego animation, even if it is in heavily remixed form.

Battlefield 1 looks to be a major release this fall. Check out our full list of upcoming PC games!

The folks at Brick Cinema over in the Ukraine have a variety of other video game-based animations in the vault, including Outlast and Metro: Last Light and it all makes me wish that there was room for Lego games outside of the Traveller’s Tales formula. Not even grim, dark, and violent stuff! Just Lego games of different genres would be cool.

Battlefield 1 is due out October 21. The official Lego adaptation of the franchise might keep you waiting for a bit longer.