Though shot like an eerie horror movie, the latest wacky Grand Theft Auto V mod video from JulioNIB sees Micheal swap out the explosive Samsung Galaxy Note 7 for the arsenal of everyone's favorite Man of Steel.

Flying through the skies and descending on the cul-de-sacs of Los Santos, Michael can be seen taking justice into his own hands by setting its gun-totting denizens aflame with his Kryptonian heat vision. 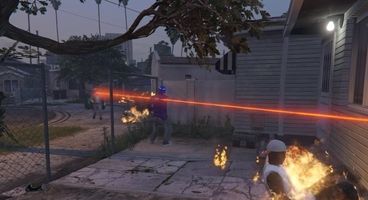 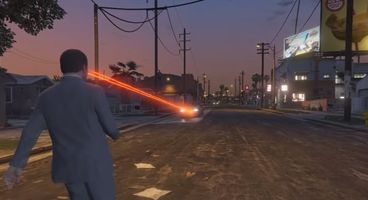 You'd never see Clark Kent use his powers with such abandon, but Michael seems to have already considered democracy, compassion and the simple art of "talking things through" as futile efforts when it comes to quelling the crimes of the city's gangs whether they were in-progress or just considered likely down the road.

Michael's powers have yet to fully awaken, however, with his promised super strength and breath coming through a later update. Even alien powers need to be patched in, these days.

You can expect the mod to become available in the coming weeks with Patreon backers gaining access a week earlier than the rest of us. Probably a good idea when it comes to YouTube Content Creators.