For some, the new year can signify a new start. To others, it's a time to delve headfirst back into their work with the newfound energy of the Christmas period having built up. For the creators of Freedom Planet, they're using that energy to put out a lot of updates for the upcoming indie sequel. And one is already here.

Promising to release many videos over the next few weeks, GalaxyTrail have kicked off their reveal period with the character showcase of Lilac - a returning face from the first game. 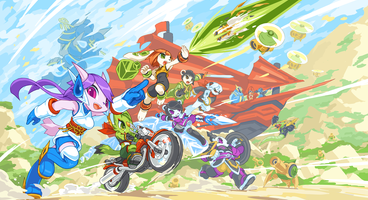 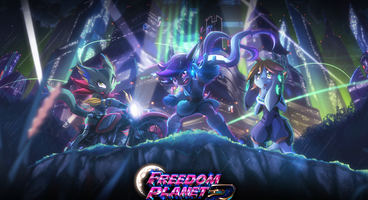 Said to have received the smallest amount of changes this time around, Lilac 'The Dragon Girl' is the first to show off her new moves. The video itself doesn't do much to let newcomers know what's old and new, but it does show off a nice string of gameplay in the process.

There's plenty of new ways to show off your main in Team Fortress 2 during Smissmas.

As you can probably tell from the video, Freedom Planet - and its sequel - pay homage to the early days of Sonic the Hedgehog. Bringing a cast of anthropomorphic characters into a fast-paced side-scrolling platformer can conjure up feelings of nostalgia in no time at all. Taking a few queues from Sonic Advance, there's a little more to getting around the world than simply running forward at high speed.

A demo of Freedom Planet 2 will become available to all at the end of January. And with character videos being pushed out over the course of the next few weeks, you can take a guess as to how long they'll go on for. The full version is still aiming for a Mid 2017 release.