No Man's Sky Being Investigated By UK Advertising Standards Authority

The controversy surrounding No Man's Sky just keeps getting bigger without ever showing signs of being quelled. Following the release of the title last month, the record-breaking sales of the title quickly led to a very vocal witch-hunt of sorts with a large chunk of its players - and press - complaining of how the final game barely matched up to what was promised by the company.

And these complains are now targeting the Hello Games in more ways than angry tweets. A Reddit user by the name of AzzerUK detailed through a post to the game's subreddit exactly how and why he decided to take part in the string of complaints leading to the UK's Advertising Standards Authority launching a full-blown investigation into No Man's Sky's Steam Page. 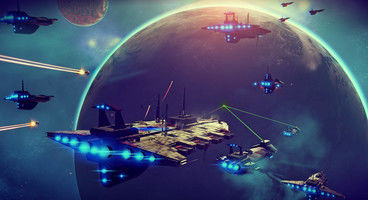 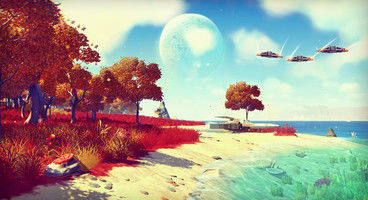 The authority is currently targeting the use of screenshots featured on the game's Steam Store page after complaints pertaining to how the images represent a title that ultimately doesn't match up to what is fed to the player before making a purchase. Both the trailers and screenshots feature scenes of animal behavior, large scale combat and graphical fidelity not entirely present in the final product.

With the authority already reaching out to both Hello Games and Steam, it's likely they'll be hearing more from the developers than we have since the game's launch. While creator Sean Murray seemed ecstatic during the game's first few days on shelves, the entire development studio fell into a long silence when players began to figure out just how shallow the game really was when compared to Murray's older interview responses.

Should the Steam page be found breaching their code of conduct, the authority has the power to request the offending items be pulled from the site - with sanctioned being issued if Steam and/or Hello Games refuse to comply with a ruling.

Though it won't change much in terms of how the game is handled now that it's already out in the open, it'll hopefully serve as a warning to other devs who essentially promise too much from their product.

It's unclear whether Hello Games have been ordered by Sony - their publisher - to avoid contact over the sensitive situation since the game's launch while they add a few new features to the title, or whether they've already moved onto other things. Either way, the arguments over the game's long hype train will likely burn for a while.