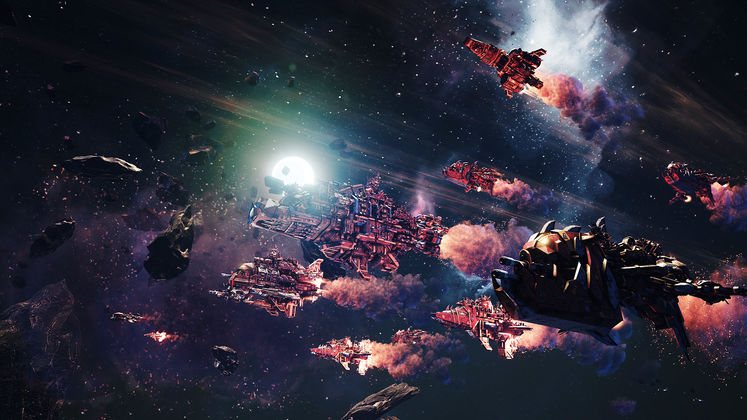 Hey, folks! You can tune into GameWatcher’s Twitch channel Monday through Friday at 8PM GMT/4PM Eastern for an hour long stream of the latest and maybe greatest in PC gaming. We’ll be hitting big new releases, indie curiosities, and Early Access works-in-progress, so be sure to have a look for first impression gameplay footage of a wide variety of titles.

Up today is Battlefleet Gothic: Armada, a space-based RTS set in the Warhammer 40k universe. You’ll be able to fully customize your fleet’s individual ships, from weaponry and defense systems to crew and captains. Crew members will gain experience over time and become more powerful as they survive successive battles, meaning that you’ll need to carefully protect your most valuable ships.

The game features both a sizable campaign and an extensive multiplayer mode for up to four players to pit their their fleets against each other. Chaos, Imperium, Eldar, and Orks will war against one another for control of the Gothic sector.

As it happens, I’m absolute rubbish at RTS games, so we’ll definitely be veering away from any PVP this evening. Nonetheless, I’ll do my darndest to show off the game’s key features tonight at 8PM GMT/4PM Eastern and hopefully not get trounced by the AI. Wish me luck!