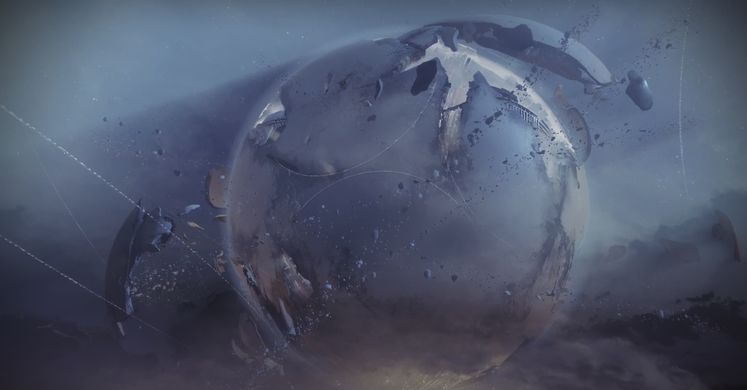 Space is as beautiful as it is terrifying, but running around planets shooting stuff with a gorgeous view on the horizon makes it better. One Destiny 2 player captured a 4K timelapse of the PC version's impressive view of the Traveller, and it can spin on your desktop with the right tools.

Catering to the general userbase, Hybridx21 uploaded a 1080p60fps capture of Destiny 2's Traveller planet from a distance, showcasing the tiny debris that orbits around it.

Uploading it to Reddit under the username motherlode1 (Sims?), they offer to send anyone who asks for it a link to their personal dropbox housing the uncompressed 4GB file, and actively encourages videographers to do with it as they please. A number of users have already taken up the offer to create some timelapse/cinemgraph projects that we'll hopefully see in due time.

Destiny 2's First Expansion Will Raise The Light And Level Cap, But May Not Include A Traditional Raid

But for everyone else, either enjoy the planet slowly turning with the Destiny 2 soundtrack playing in the background, or grab a 4K version on Steam that you can slot into software like Wallpaper Engine to have the gorgeous view become your latest animated desktop background.

With a PC port as smooth as we got, there's no telling how many of these projects will come to fruition over time. Destiny 2 on PC has a boatload of graphical tweaks to be made, and with ridiculous 4K+ resolutions available to those with a screen/machine capable of running custom render scales, we're looking forward to a bunch of high-resolution animated desktop wallpapers. Keep at it, folks!