Make The Most Of China And Japan With Europa Universalis IV: Mandate of Heaven 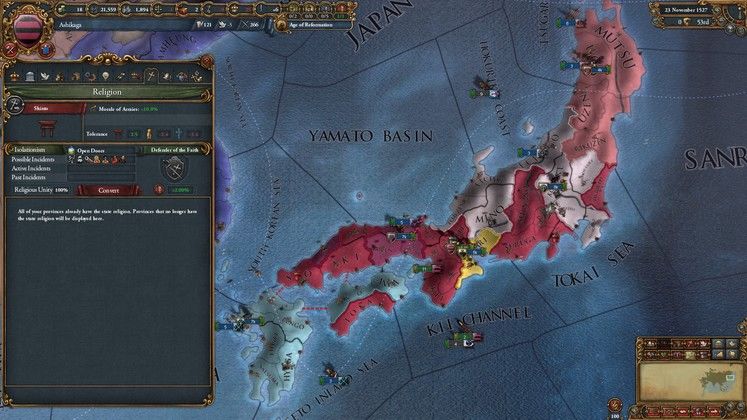 You'd think Paradox Interactive would be done with the announcements for a little while - but that's not so. Europa Universalis IV: Mandate of Heaven is coming 'soon'.

Bringing the major nations of East Asia into its game of grand strategy, it's time for Japan, China and the Manchu tribes to make their appearance. 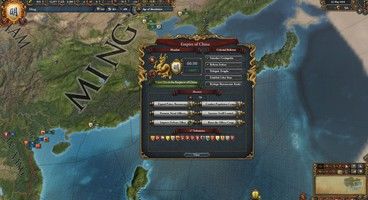 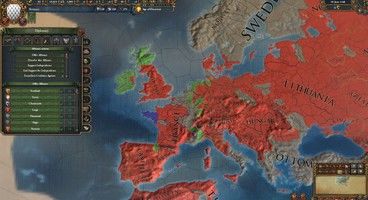 With any grand throne, there's always someone scheming to take it from your grasp. Citing similarities to the currently implemented Holy Roman Empire, the Celestial Empire partakes in the offering of tribute and subsequent using your mandate to form a tighter grip around your empire's civil service system.

The Base Game May Be 4 Years Old, But That Doesn't Mean The Review Is Invalid

Revel in 50 years of power and prosperity after meeting certain pre-requisites across four historical ages, hire impressive advisors and Banner armies for less as the ruler of the Chinese dynasty or simply order your daimyo to kill themselves as a sign of honor as the ruler of th Japanese Shogunate. Beyond that, there's plenty of new events and decisions to be made with two major new contenders to the everlasting war of the worlds.

Other armies will receive model updates and designs alongside their East Asian counterparts once additional Content Packs release with the Mandate of Heaven expansion. Need a trailer? It's down below. If you're in need of a copy, GreenManGaming has a lot to offer.