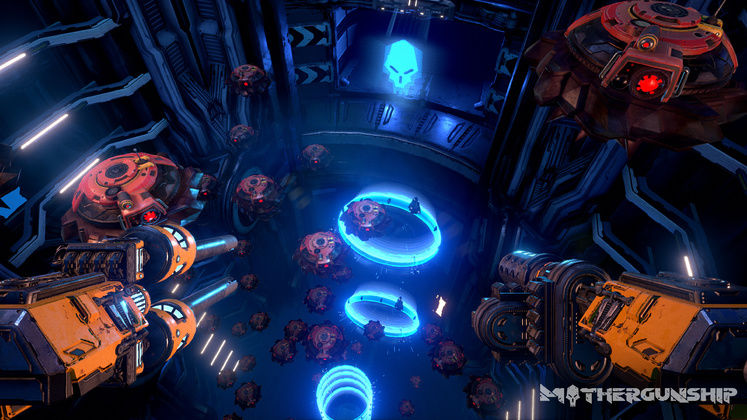 When Borderlands first arrived many of us were aw-struct at the idea of having 'billions' of guns at our disposal. Of course, this was a bit of a marketing exaggeration being that you couldn't really 'craft' these weapons. You just found them in the soft, explosive skulls of your enemies. For Mothergunship, however, crafting near-endless varieties of weaponry is within reach.

Talking to our own TJ Denzer over the concept of Mothergunship, Joe Mirabello of Terrible Posture Games touched on the some of wacky creations possible in his team's new title. 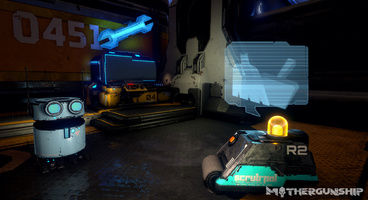 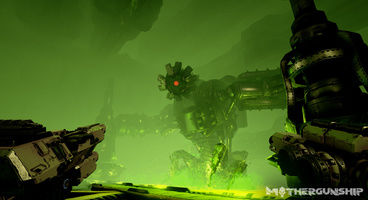 Lightly considered by many to be a spiritual successor to the groups last game - the rogue-like shooter 'Tower of Guns', Joe sees it more of a refined idea whereas the former was more of an experimental proof of concept by the end. In Joe's words; "We know what worked, what didn’t work". Delving into specifics, the idea of Mothergunship boils down to being an intense shooter void of ammo constraints limiting your firepower. Instead, you're lightly shackled by an overheat meter that becomes less troublesome as you progress, leading to some more elaborate dual-wield possibilities opening up the more you play.

Pairing this with its unrestricted crafting system, it's entirely possible to piece together weaponry more insane than you could find in the field with more combinations being added as the developers add more pieces. "We had this one we called 'The Window,'" said Joe when asked about the crazy contraptions the team managed to put together. Why was it christened with such a name? It "lined the entire border of the screen with around thirty barrels. That was one of those examples where you fire this thing one time and you’re done for a moment. The overheat meter is full... Truthfully, I’ve come up with a new favourite gun every time we’ve updated the game with a new part."

Finding your favourite weapon on the ground is one thing, but actively creating one to better your preferred blaster each and every time you try? That's special. And all we know of its release is that it'll require 4GB of memory. Thanks, Steam! 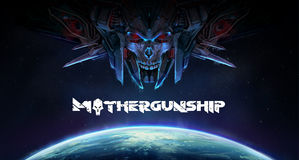