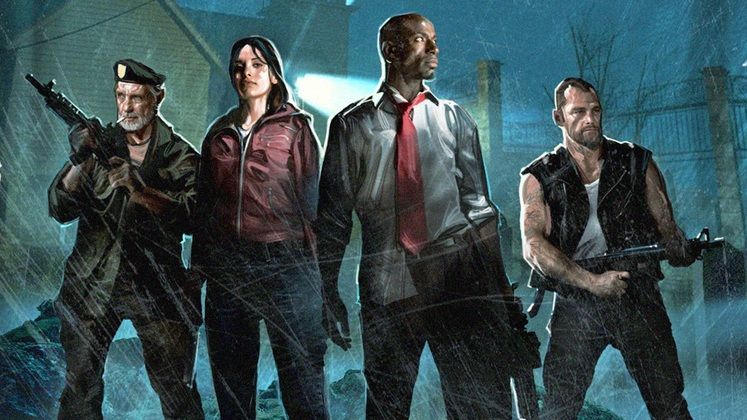 Jointly the two Left 4 Dead games from Valve Software are two of the finest and most popular games ever made, and when it comes to co-op survival shooters there's none finer or more unique. The question is then, in the 10 years since Left 4 Dead came out why are they still unique? Why haven't more developers attempted to make compelling co-op shooters in that exact style, travelling across a map surviving?

There have only really been two developers who have tried to recapture that Left 4 Dead magic (especially as Valve themselves aren't in any hurry), and both have new games in development. Fatshark developed a fantasy version in Warhammer: The End Times - Vermintide, with Vermintide 2 on the way, and Rebellion went for third-person with Nazi zombies with Zombie Army Trilogy, with Strange Brigade picking up the mantle.

We asked Martin Wahlund, CEO of Fatshark, and Rob Dale, Community Manager at Rebellion, why there weren't more games like Left 4 Dead out there.

Our Warhammer: Vermintide 2 interview with Martin Wahlund and Mats Andersson!

We spoke with CEO Martin Wahlund and designer Mats Andersson recently about their upcoming Warhammer: Vermintide 2, which is definitely inspired by Valve's game except in the Warhammer fantasy setting, and we asked them why it was so hard to find games like Left 4 Dead. Martin had several answers for us:

"There are a few reasons. One thing is that people are afraid to go into Valve genres! It’s a daunting thing, we certainly were in the beginning, going up against the best in the world!"

It’s also tricky to do. The pacing system is hard, we’ve worked a lot on getting that right and balanced. Q&A is difficult too. You can play a game 20 times and only get a bug on the 21st go. For example on Vermintide just a couple of weeks before launch it crashed several times, because a Rat Ogre knocked over a bunch of rats including a Loot Rat into a barrier, which made the Loot Rat not be able to reach a certain state. It was a crazy, one-in-a-million thing that you can’t easily test for, which happens all the time.”

"Furthermore the AAA teams are looking at the big money-makers like Modern Warfare, and the smaller teams are probably smarter than we are and not trying to do one of the most daunting tasks in the industry and making a melee Left 4 Dead!” 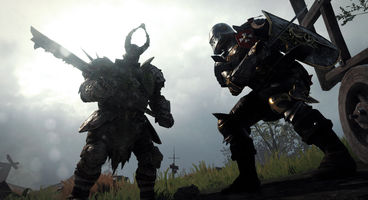 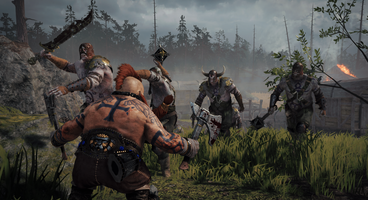 So this type of game is daunting to make (essentially trying to beat Valve Software at their own game), and tricky to get right? We can understand why developers might not want to touch it.

Earlier today we put up our interview with Rebellion's Rob Dale about Strange Brigade, the developer's newest co-op adventure that's more of a fun spiritual successor to their own Zombie Army Trilogy - which although third-person still felt inspired by Valve's Left 4 Dead. We put the same question to Rob, and here's his response:

"It’s clearly something that there should be more of! They’re great fun to play with your friends. I don’t know why there aren’t more. If you look at player statistics, Left 4 Dead still gets loads of players. I don’t think it’s that the players aren’t there, they’re just not being catered to. We’ve obviously got experience making four-player co-op so it’s easy for us to make the jump straight back into that

While Rob was just as baffled as we were as the audience is clearly out there, he did agree with Martin Wahlund that the difficulty in actually making this type of co-op game might be why there's not more on the market. And with so few on the market, there are equally few game developers around who actually know how to make them - and consequently new developers, either through inexperience or being intimidated, are not trying to enter the market. 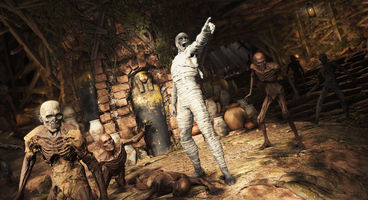 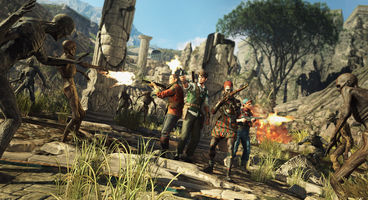 Apart from the efforts of Valve, Fatshark and Rebellion, the only co-op survival shooters we could think of in the Left 4 Dead style were Payday 1 & 2 from Starbreeze and Killing Floor 1 & 2 from Tripwire - and both of those are more based in a single area rather than moving through a map.

While fans of Left 4 Dead are sure to get serviced by both Rebellion's Strange Brigade and Fatshark's Warhammer: Vermintide 2 (preview coming soon!), not to mention the legion of mods and user maps for L4D2 out there, we're still sad this style of 4-player co-op survival game isn't more popular. Thanks Valve, for setting the bar too high.

What do you guys think? Can you think of any other co-op games in the style of Left 4 Dead? Let us know in the comments below!