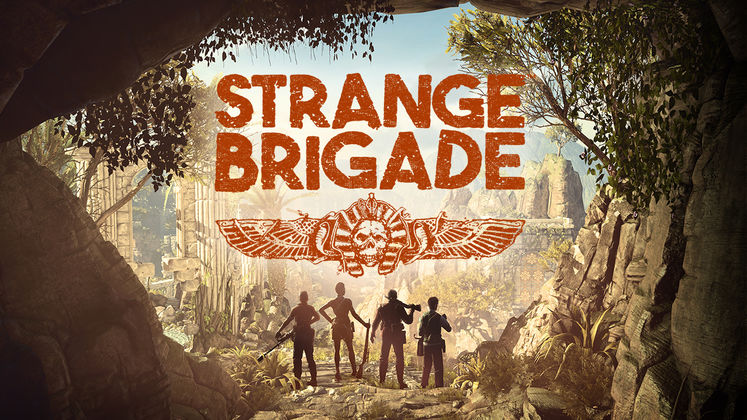 If there’s one genre of game that hasn’t been exploited enough, it’s the Left 4 Dead-style 4-player co-op adventure. You and up to four friends set off across a level braving the hordes of enemies in your path. Left 4 Dead, Warhammer: Vermintide, and Zombie Army Trilogy are some of the few we can think of. Now the makers of the last game there, Rebellion, are back with a brand new co-op shooter, and this one’s got a bit of an Indiana Jones vibe. Left 4 Dead meets 1930s adventure serials? Now you’re speaking our language. Now that we’ve played a level, here are our thoughts.

Check out our Warhammer: Vermintide 2 interview with CEO Martin Wahlund and Designer Mats Andersson! Check out our review of Rogue Trooper Redux! There are four characters in the game. Nalangu, a Maasai warrior from Kenya, armed with a machine-gun. Gracie, a Lancashire girl with a shotgun. Professor De Quincey is an Oxford scholar who comes with his own brand of machine-gun. Finally, there’s Frank, a soldier and an expert marksman, who’s armed with a rifle. I went with Gracie because I’ve always had a thing for Northern girls, and shotguns. 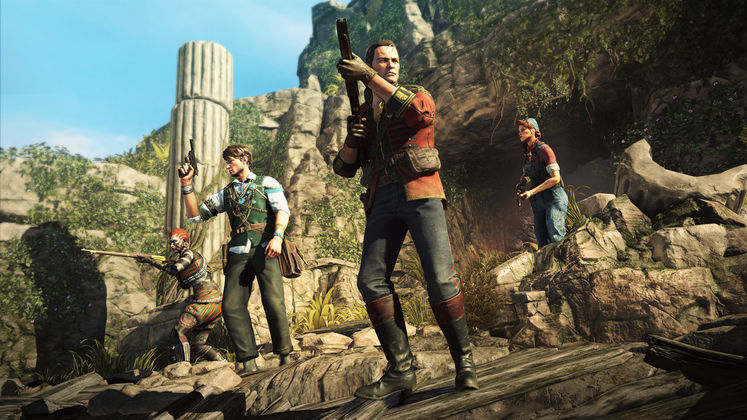 The only level available for the game was Stone Church, a South American temple filled with treasures, traps and all manner of undead nasties. It all looked very Indiana Jones or Lara Croft, with crumbling stone temples to be raided for secrets. In terms of controls, though, it’s mostly Zombie Army Trilogy with less of a focus on sniping – unless you’re playing Frank, of course.

In general the level consisted of moving forward, hitting a barrier, having lots of enemies pour out to kill, and then killing them to move on. There’s plenty of ways to do this, a few very simple puzzles to solve, and a lot of secrets to discover in-between the killing, but in general the demo was very arcade-y. This is by no means a bad thing as it was also extremely fun, plus it’s a very early demo so we’re guessing the final version will have a larger range of objectives. 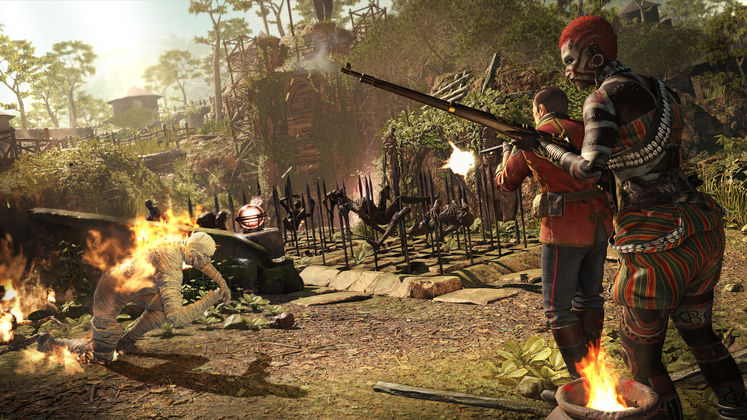 As we jump down into the courtyard I notice several things – the conspicuous explosive barrels scattered around, the huge door, the mummies already heading in our direction, and the pedestal with “Shoot Me!” highlighted over it. Literally, the words “Shoot Me!” are hovering over the thing with a little arrow pointing to it. One of the coolest things about Strange Brigade, and the main area that differentiates it from other co-op shooters, is that it really doesn’t take itself seriously. This thing to shoot, for example, is a spinning-blade trap that sends enemies flying in a particularly entertaining way.

The humour extends to the fantastic British narrator, that reminds me of Dungeons 3 more than Left 4 Dead. He comments on most things, either to be amazed or to criticize. “Use your ruddy loaf!” he yells when you get a puzzle wrong. “This chap’s up to no good, I’ll wager!” he says when you encounter a powerful new enemy. He sounds so cheerful about the whole creatures from beyond the grave thing you can’t help but smile. Hopefully he’ll be in the game as much as possible. 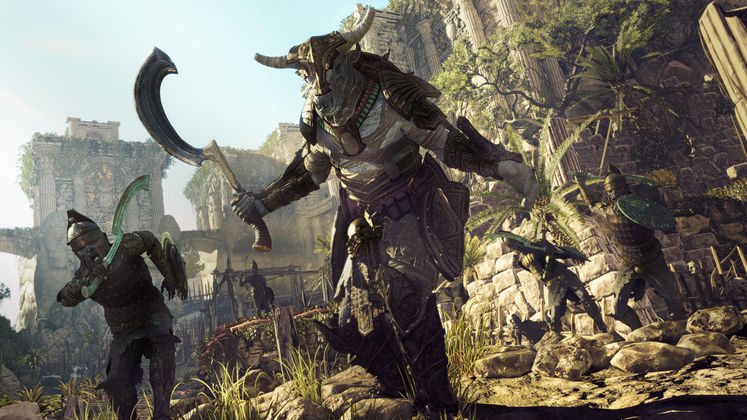 After blasting the first load of mummies, half of the time with explosives or that spinny trap rather than my shotgun, a giant Minotaur burst through the doors and roared. “Crikey!” the narrator exclaimed. When these mini-boss characters show up, and there was more than one, the fights become considerably more epic as hordes of mummies are also homing in on you at the same time. This minotaur required his armour to be shot off before he could be killed. Which we did, dutifully. And then blew him up a bit.

As you kill things or do cool actions in Strange Brigade, you get power for an Amulet. Once charged, which didn’t take too long when I played as Gracie, it can be used to unleash special character-specific powers. Gracie’s pulls enemies in close for, most likely, a devastating double shotgun blast to the face. Rebellion are still tweaking these Amulet powers, as I presume there’ll be a range to choose from – or ways to update them – in the final game. I certainly expected more of a devastating or impressive power from such a big build-up. 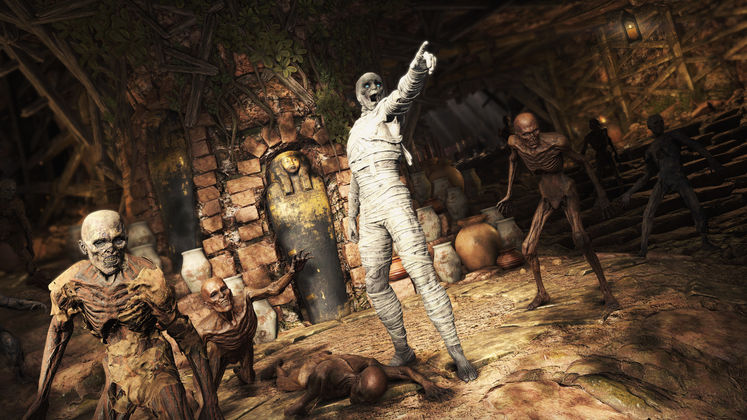 The game ebbs between big battles, usually with a brand new and more powerful monster, and quieter moments where you can explore, find secrets and solve puzzles to get treasure or upgrades. The next big monster after the minotaur was a big mummy who could raise more mummies and lash out with his bandages. He was followed by some Pharaoh mask-wearing ninja-types (yes, I realize that’s a different continent) who were a lot faster-moving than any other enemy. It was fun to use nearby spike traps on them.

Then all hell really broke loose as all of these guys attacked at once, followed by an army of zombie mummies and knife-throwing bastards hiding on top of the nearby walls. There were plenty of spike traps and explosives nearby at least, although we did all die plenty of times – luckily in the demo we just instantly came back to life, although Rebellion assured me that death would have at least some sting in the final game. Then a truly gigantic statue of Anubis, jackal-headed god of the dead, came to life and stomped over in our direction… then the demo ended. Wow. 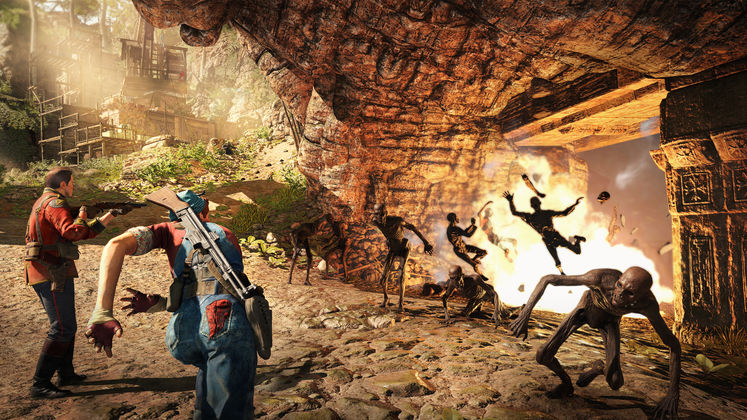 At the moment Strange Brigade doesn’t have a release date, beyond a vague “2018” and even that’s up for debate. You can visit the Steam page here to Wishlist it though.

Between Strange Brigade and Warhammer: Vermintide 2 2018 could be a very good year for the co-op shooter. With Valve seemingly not interested in making Left 4 Dead 3 (or any other game for that matter) it’s down to companies like Rebellion and Fatshark to pick up where they left off. 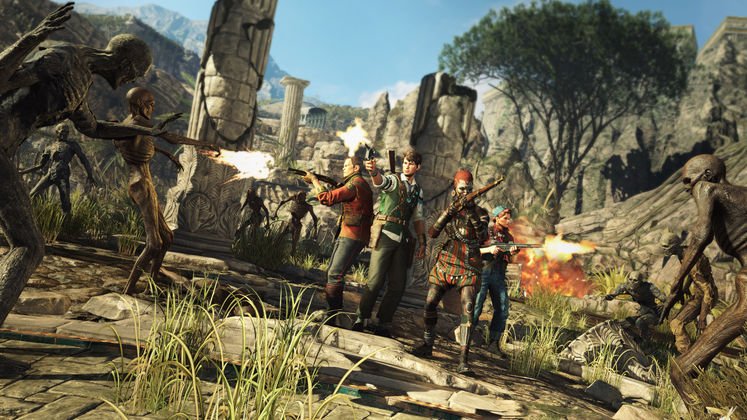 Zombie Army Trilogy was an excellent first step for Rebellion (well, an excellent three game series first step), but I’m very relieved that the team are making something a bit different for their next co-op shooter. As South Park: The Stick of Truth pointed out in 2014, “Nazi Zombies are so overused”. But a 1930s adventure serial? Mixing a little Tomb Raider, Indiana Jones and The Mummy (not the Tom Cruise one) into the formula, with a bit of light-hearted humour too? That’s exactly what we want to see. We’ll be paying very close attention to Strange Brigade.

Seeing what other crazy monsters Rebellion have up their sleeves.