Rogue Trooper Redux Polishes Its War, But Keeps Some Baggage 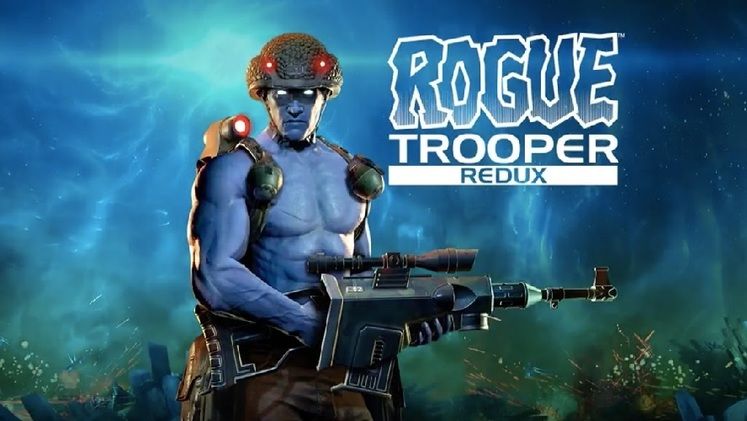 In 2006, Rebellion Development took their first crack at Rogue Trooper, a science-fiction dystopia pulled from the pages of the British comic strip in the publication, 2000 AD. They gave players a fairly decent cover-based shooter, heavy on intensity and battle on the ruined world of New Earth. A little over 10 years later, Rebellion has returned to Rogue Trooper with the help of TickTock Games to revitalize that intensity with a fresh coat of HD paint in Rogue Trooper Redux. Rogue Trooper Redux brings all the strengths of its predecessor back with new HD graphics, models, effects, and a few new features as well. Unfortunately, Redux also brings a few issues of its predecessor along with it.

In the future, humanity has inhabited a planet known as New Earth, but the opening of a black hole above it and the thirst for land and energy has turned the population to war between the Norts and the Southers and turned most of New Earth toxic in the process. You take up the role of Rogue, who is one of several genetically engineered soldier clones bred for war and survival in the toxic lands of New Earth. When a high commander in the Souther forces passes information to their Nort enemies, Rogue’s fellow engineered soldiers are killed and he becomes the last left from the massacre. Rogue engages on a mission of revenge to turn back the onslaught of the Norts and bring justice to the traitor responsible for the deaths of his fellow soldiers. All 13 missions return in this modernized spin on the classic campaign. 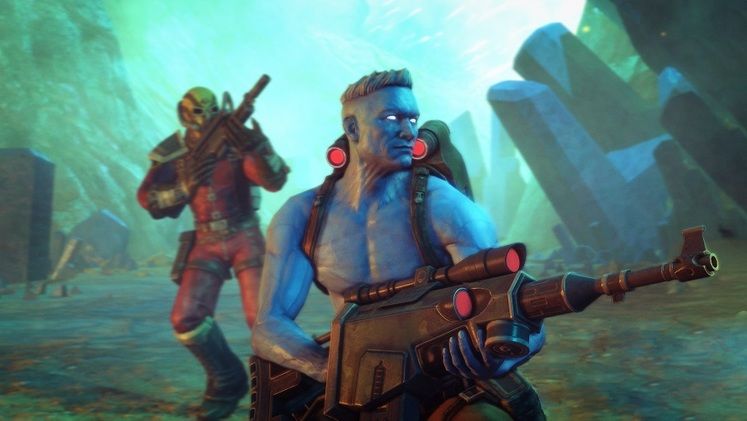 Helping Rogue out are several of his murdered squad, kept alive through special chips that hold their consciousness and are installed into Rogue’s gear. Each plays a role in Rogue’s weapons, crafting, and battlefield awareness and can be upgraded to help lend a better hand to survival throughout the game. Gunnar in equipped in Rogue’s rifle and offers a touch of auto-aiming alongside critical shot notification. Bagman is built into Rogue’s backpack and helps collect scrap to upgrade Rogue’s gear and can craft attachments and ammo for Gunnar. Finally, Helm is set in Rogue’s Helmet and offers radar to spot enemies and scrap as well as hacking to open doors, gather info, create holographic diversions and advance forward. Each of the three parts translate well into Redux’s overhauled visuals and system.

Battle in Rogue Trooper Redux is a 3rd-person shooter affair. Players traverse missions, relying on cover-based combat and return fire. Many times, players are urged to sneak through missions and surprise enemies, dispatching them silently. When the action in Rogue Trooper Redux gets intense, it’s at its best. However, during quieter segments like the stealth, the limited state of the enemy AI comes out.

Enemy soldiers are brash and dumb in this game. They’ll see a fellow soldier go down, raise the alarm for a moment and then go back to patrol without further suspicion. What’s worse, if you’re sniping, you can hit one, and then take the rest one by one as they come to check the dead body like ducks in a line. Rogue Trooper Redux’s AI soldiers are unfortunately tremendously simple and the game does better when you’re battling through the more intense set pieces. 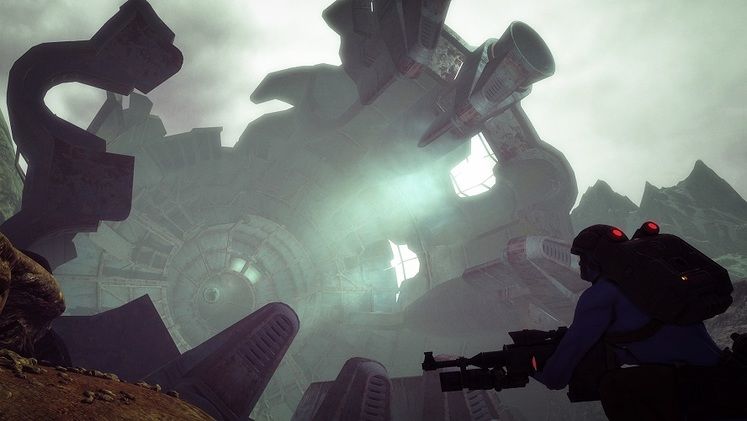 Controls also took a bit of an update, but there are a few missed opportunities here as well. Cover is as easy as approaching a corner or obstacle and crouching or strafing to firing positions as necessary. Shooting is also simple in that you aim from your position and pop out to shoot with a single button or you can blindfire with another to try to push enemies to cover. These mechanics make for functional cover-based shooting, but there are times when issues of context occur. For whatever reason, a short wall might not be short enough for Rogue to shoot over the top of it from crouching postion or an enemy nearby that requires the melee function might set you to blindfiring in the opposite direction since both actions are mapped to the same key. It’s not hard at all to control Rogue and cut through enemies, but a few critical mishaps of context can be frustrating at times.

When you’re done with the campaign or just want to take a break, there are other modes to explore as well in the form of Stronghold and Progressive matches. Stronghold matches rely on you to protect wounded soldiers from an onslaught of Nort troops until the time limit ends. Meanwhile Progressive matches task you to fight through an intensely packed battlefield, make your way to a waypoint, and kill anything that gets in the way.

Both modes can be played solo or co-op with up to four players, complete with a long list of rules and changeable features to tailor the match to your desires. Progressive matches can be done solo with a little perseverance, but Stronghold matches are quite a bit tougher with the full onslaught of troops coming at your wounded and will probably require some friends. That said, both games are interesting ways for players to continue to challenge themselves once Rogue Trooper Redux’s final credits roll. 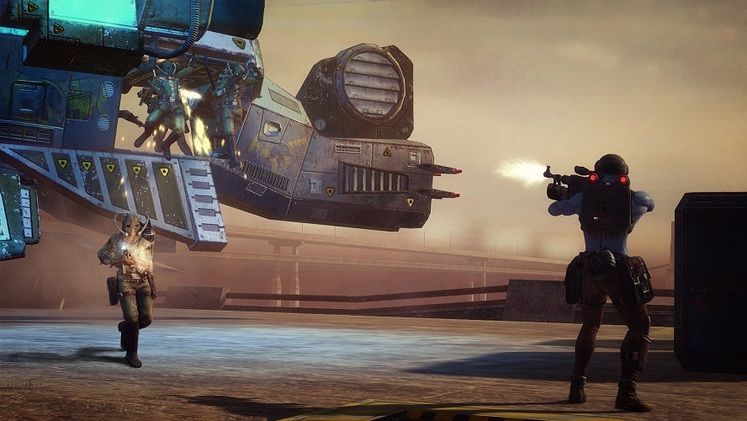 Rogue Trooper is an interesting concept. The science-fiction design it was based on translated decently to the original back in 2006 and it translates better now with everything learned in over a decade. The best parts of the game took players into airships to chase villains across ravines and cities and put them blind into treacherous forests full of snipers. These things made it along well to Rogue Trooper Redux. Unfortunately, bad enemy AI and overly simple controls where actions get caught up in one another keeps Rogue Trooper from being challenging as much as it comes out frustrating at times. Rebellion is developing a pedigree for helping to putting old school projects back together for another more meaningful go. Rogue Trooper Redux isn’t the best they’ve ever done, but it’s most certainly an interesting shooter and one well worth considering if you want to take a modernized revisit to yesteryear.

Getting on board a train to defend it from all-out attack on all sides was a pulse-pounding mission from start to finish. 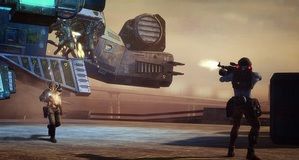 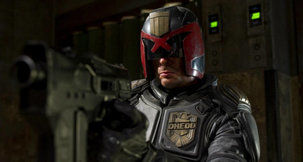 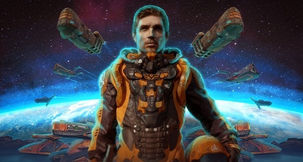 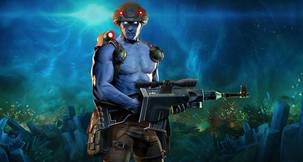