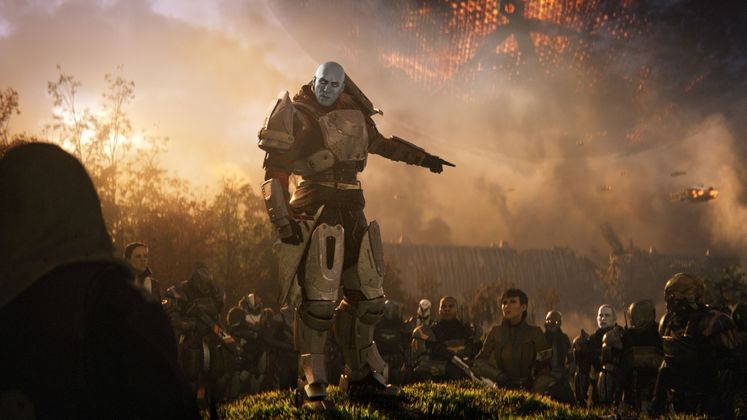 It doesn't matter how much cold hard cash you pump into your game, there's always going to be the occasional glitch. In the case of Destiny 2, the newest seems to allow players to play the game as if it's a third-person shooter.

Posted onto Reddit, user Cheezus_Slice caught a clip of their own Titan-specific barrier ability being interrupted in a frantic Crucible firefight. What was likely meant as an attempt to give their team a possible defence ended up locking their camera in the third-person view it shifts to during the ability animation.

It doesn't last long - thanks to a couple of shots in the back by a flanking fireteam - but lasts long enough to more or less confirm the shift was here to stay. The clip doesn't progress past their death, so we can assume that was enough to fix the 'issue'.

Destiny 2 Infusion - What's With The 'Base Power Too Low' Alert?

But whether it's really that easy to replicate the bug is another story. Commentors were left wondering whether a permanent third-person mode would be viable, with most mentioning how this exact glitch could give players a real advantage in PvP thanks to 'corner peaking' present in actual third-person shooters. You can already experience this when using certain Super abilities, so it isn't hard to imagine how this could play out.

What are your thoughts on this? With PlayerUnknown's Battlegrounds implementing separate gametypes for first and third-person play, is it something you'd like to see Bungie tackle with Destiny 2?