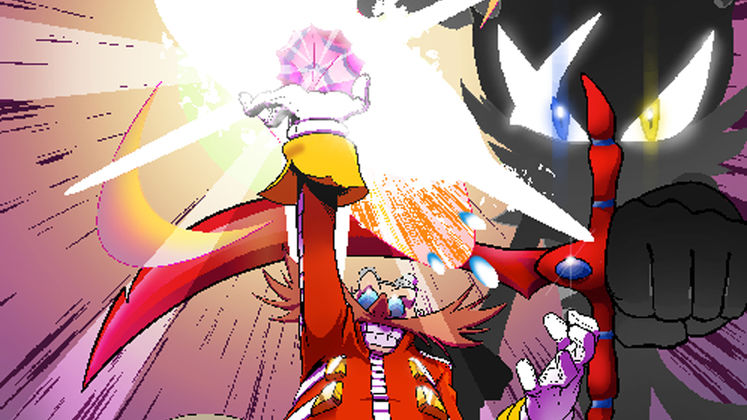 Sonic Forces is out now on PC! To prepare for the game's epic story you should read all the issues of the Sonic Forces prequel comic, which set up Eggman's rise to power, who the Avatar character is, and how the story is actually a sequel to Sonic Mania. We've got all 4 issues available to read and download, including the final issue #4, 'Rise of Infinite'!

You can Read and Download Issues 1-3 of the Sonic Forces comic right here. The first issue shows the player-created Avatar character getting their confidence. Issue 2 has Knuckles and Silver face off against the time-altering powers of the Phantom Ruby. Issue 3 sets up the Episode Shadow DLC.

The series is written by regular Sonic comics writer Ian Flynn, who's been chief writer on the Archie Sonic The Hedgehog comics since issue 160 all the way to 290, and will continue as the comics move to IDW.

The final issue, Issue #4 - Rise of Infinite, has Eggman get hold of the Phantom Ruby and use it against a pack of raiders attacking his base. Inadvertently during the fight, Sonic Forces' main villain Infinite is created. You can download High-Quality copies of Issue 4 right here or read them all below! 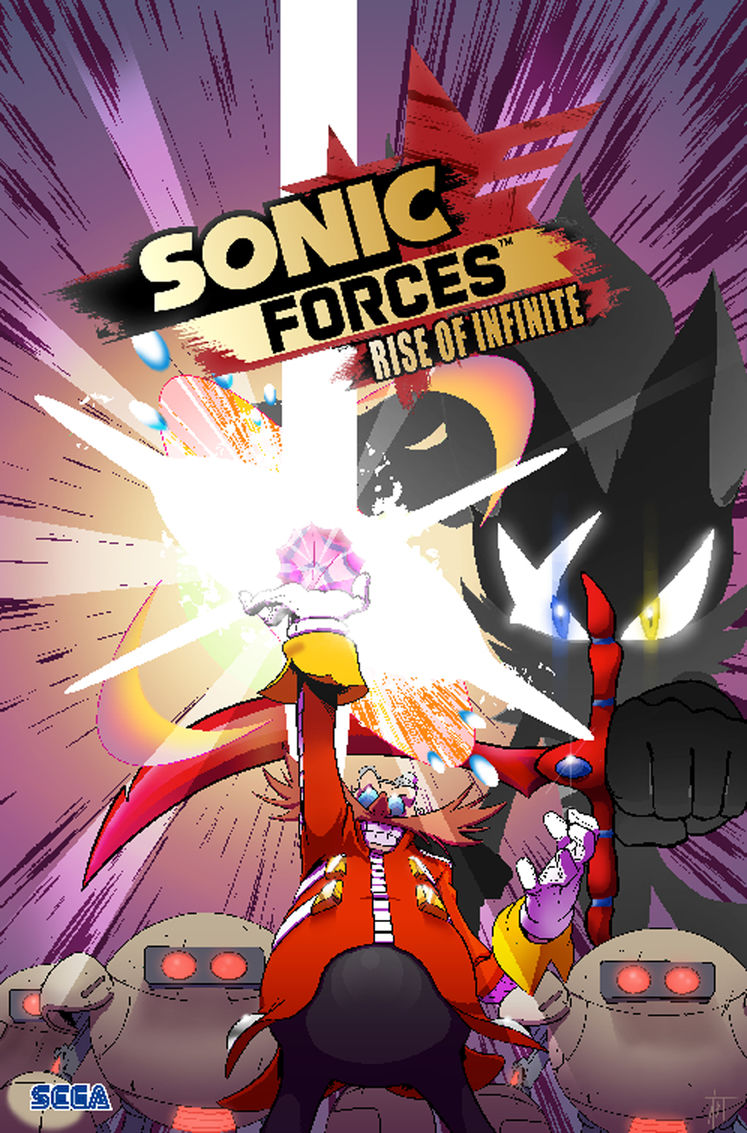 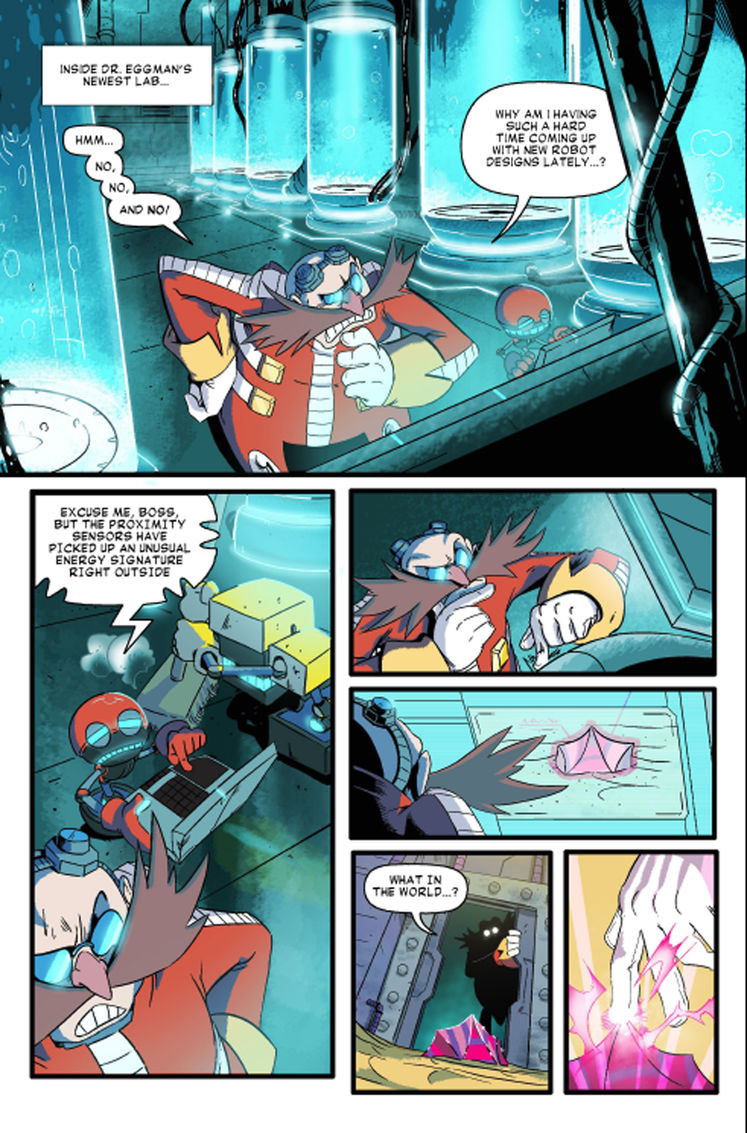 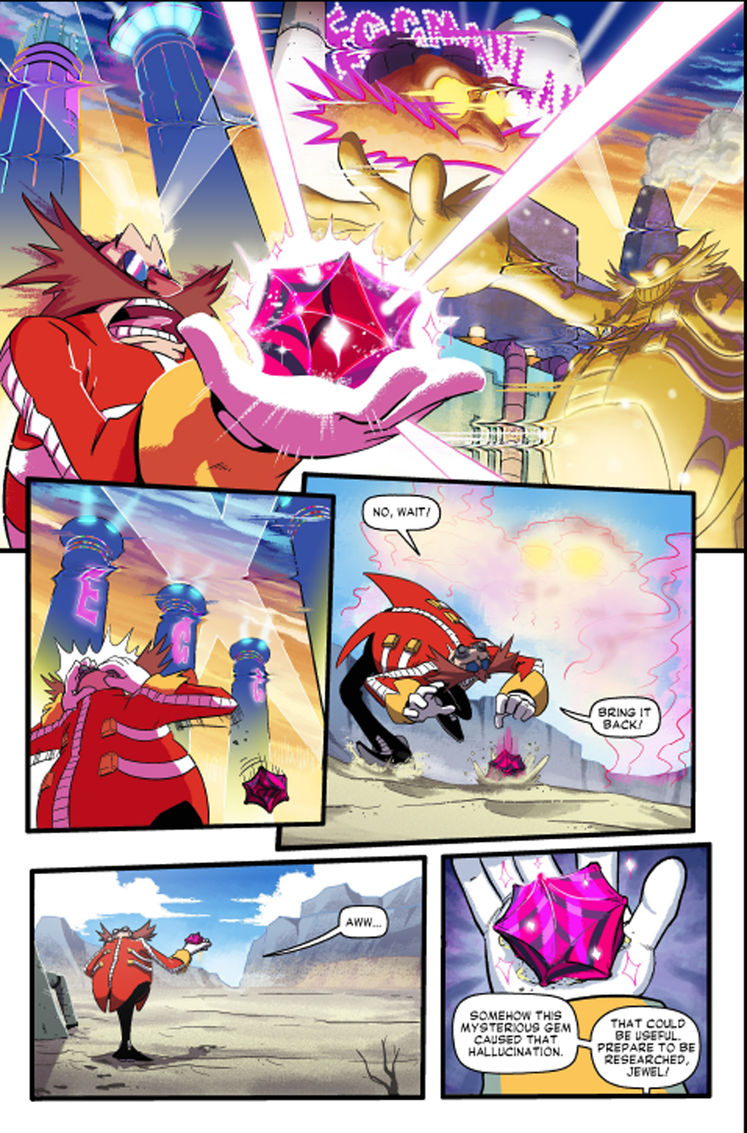 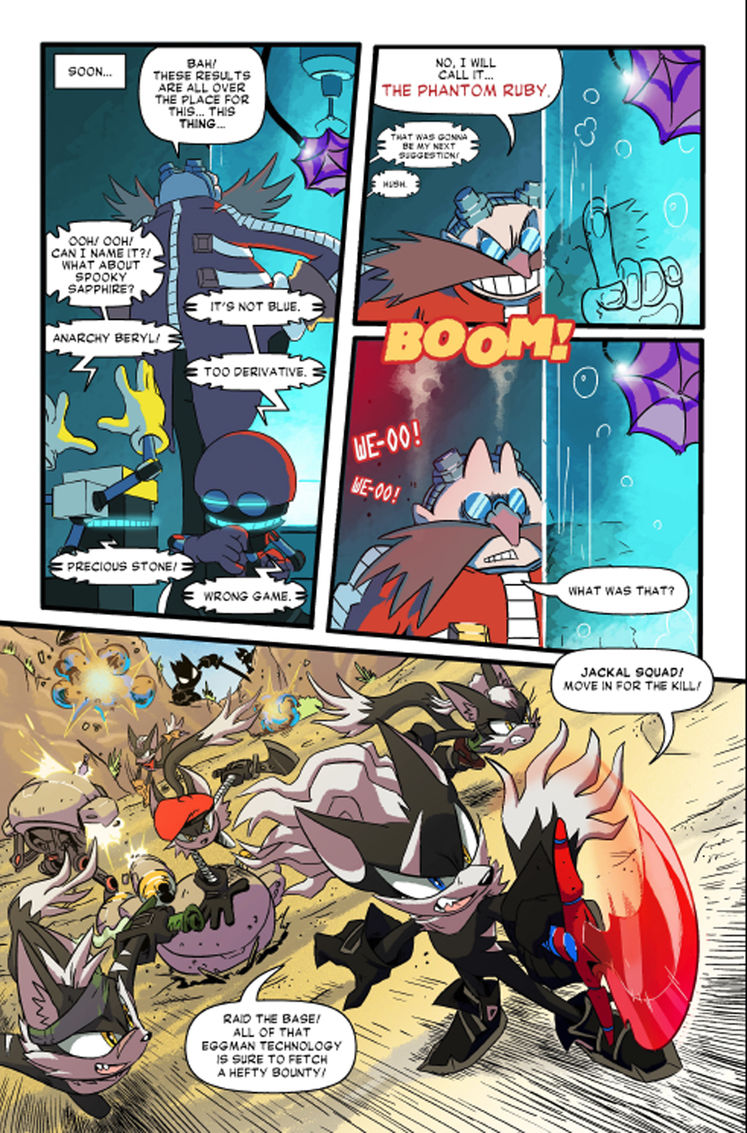 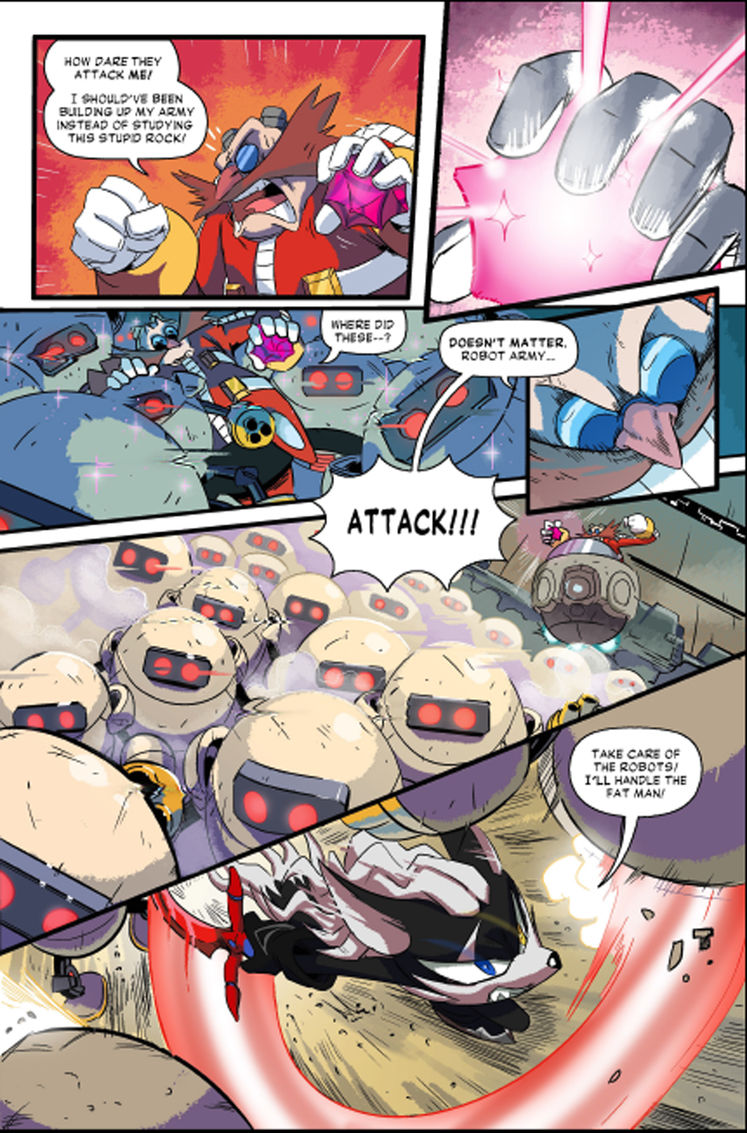 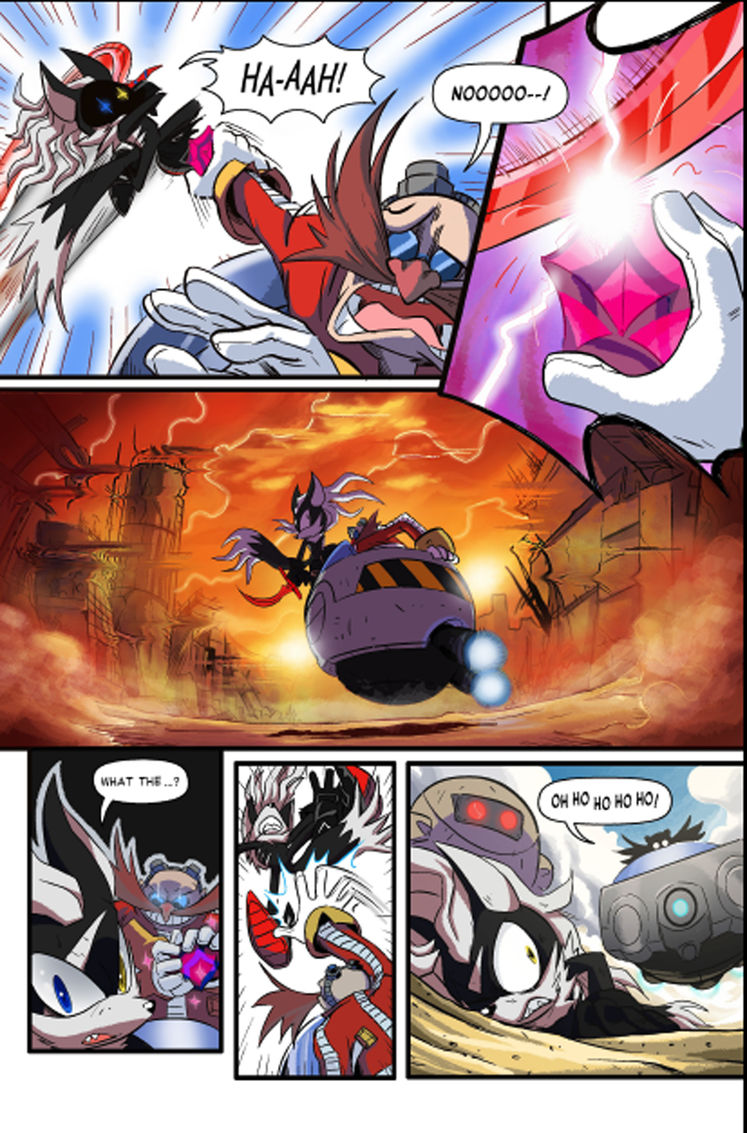 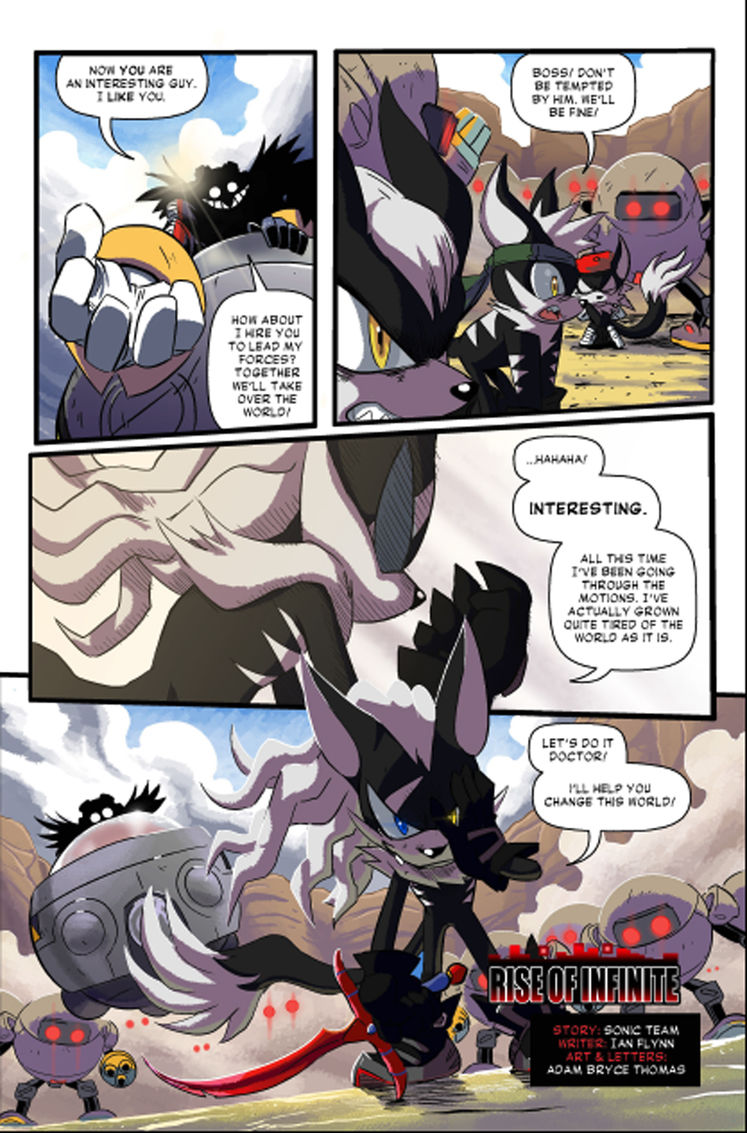