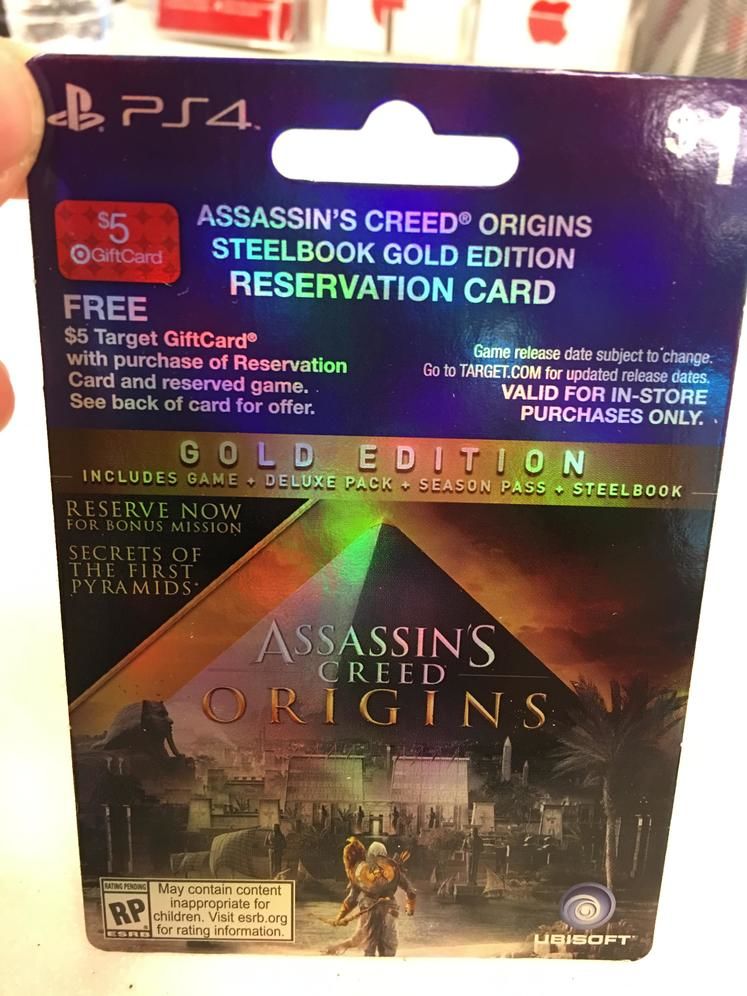 From blurry screenshots to shady t-shirts in what might as well have been the back of a van, the rumors circulating about the shape and scope of the next Assassin's Creed have all following a single path. Whether you believe them all or not, there's more evidence pertaining to their validity.

There's a growing list of Assassin's Creed leaks growing by the week at this point. With E3 officially kicking off in just a few days, there's little point getting into hot debates. One way or another, Assassin's Creed is back from its gap-year - and there's a very good chance it's what the leaks suggest. 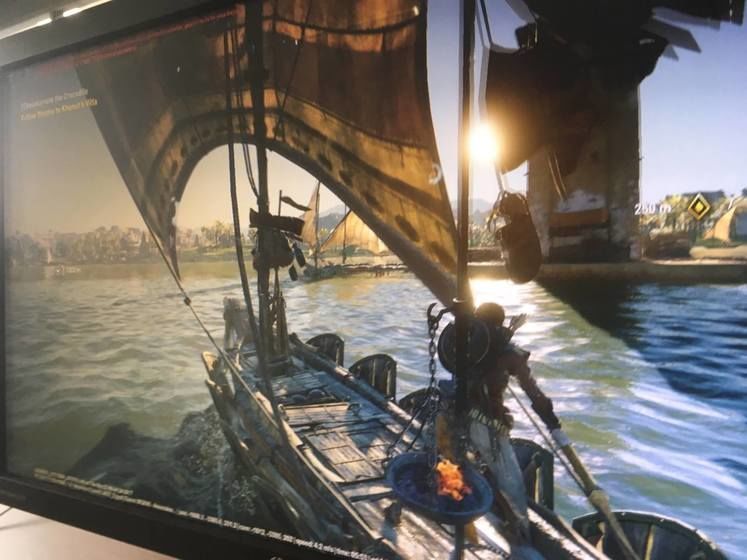 The latest on that Assassin's Creed: Origin's bandwagon comes a crystal clear photograph of Target's pre-order cards you'll likely be seeing in store the moment Ubisoft wraps up their E3 demonstration on Monday afternoon. The shiny item acts as a reservation card for players to pre-order the 'Steelbook Gold Edition' of what is more or less confirmed to be Assassin's Creed: Origins - a prequel set in Egypt.

The card even makes mention of a pre-order bonus in everything but name. By pre-ordering a copy, it seems you'll get access to a bonus 'Secret of the First Pyramid' in-game mission. Take into account this reservation card is strictly for the PlayStation 4 version of the game. Sony have had a long history with exclusive missions bundled in with their machine's version, so there's no saying that carries over to PC or Xbox One copies.

Either way, it's another solid piece of evidence making the long-rumored Egyptian Assassin's Creed more and more believable. Store 'POS' typically lands in time for stores to plan and piece together their displays, so there's little reason to ignore that most big-name stores probably have more than just this secret crammed into their storerooms already.