The last Mount & Blade game was extremely popular, but we all know it had some flaws. Here are a few of the improvements made to the battle system in Bannerlord: 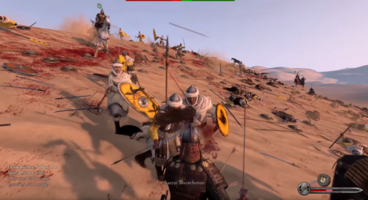 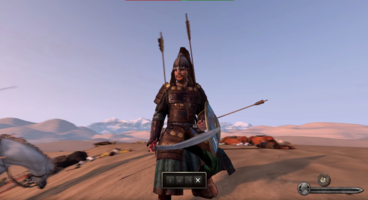 - Advanced Formations – Merge and split forces at your behest, with intuitive but powerful control over the movement, form and behavior of every unit! Order heavy infantry to hold together, shoulder-to-shoulder in a slowly advancing but near impenetrable shield wall; or launch your cavalry in lightning charges using the skein formation.

- Battlefield AI – AI commanders can execute complex tactics, utilizing the advanced formation options to present a formidable challenge. Their behavior is drawn from actual historical tacticians, for example Alexander the great, who used his superior cavalry forces to rout their counterparts in the opposing army, before delivering a crushing blow to the enemy’s main force. This not only creates the feeling of an authentic medieval battle but also proves effective in-game, as in reality.

- Sergeant System – Commanders now designate units to other lords in battle, including the player! Execute the orders issued by your commander throughout the fight, and use your own instincts to do your part and help secure victory on the field of battle. Lead the horse archers as they skirmish and harass the enemy to disrupt their lines before your allies finish them off, or take control of the cavalry and charge into the fray to devastate entire units at once! 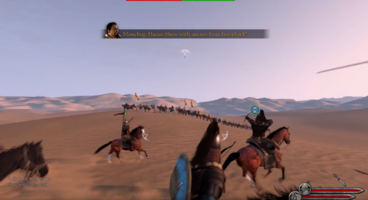 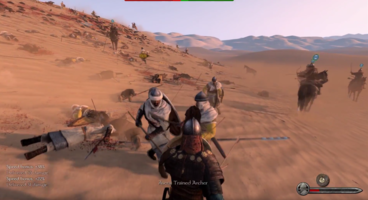 As for the combat system, here are some of the changes you can expect to see when you get your hands on the game:

-Directional Shield Blocking and Shield Bash – These two features revitalize the sword & board gameplay, making it a more engaging experience than ever before! Blocking in the wrong direction will not necessarily get you killed but it will cause your shield to break faster, leaving you defenseless against missiles and vulnerable against multiple foes. Shield bashing, a highly requested feature, temporarily stuns your opponent and knocks them back, lowering their defenses and giving you room to breathe.

- Attack Chaining – Swings that complete their motion can now be chained into follow-up attacks which can catch your opponent off-guard after a miss. Unbalanced weapons such as hammers and axes also use the momentum of the first swing for a faster follow-up!

- Improved Animations and Combat Engine – Huge effort has gone into making Mount & Blade II: Bannerlord’s combat as fluid and visually appealing as possible. Damage dealt is now calculated with a great degree of physical depth, factoring in the weight distribution of every individual weapon. This means that whether you are executing a perfectly timed thrust while thundering towards a hapless archer on horseback or shooting an arrow across the battlefield to whittle down your opponent’s infantry forces before the melee, the game will understand all of the forces involved and produce consistent, realistic and satisfying results every time.

Armagan Yavuz, CEO and Founder of TaleWorlds Entertainment had this to say about Bannerlord: “It is great to be back at E3 with Bannerlord, demonstrating the best Mount & Blade battles ever. Our team worked very hard on developing all aspects of the battles, which are so central to the game. We are thrilled to showcase our work and looking forward to seeing the response.”

Mount & Blade II: Bannerlord launches on the PC sometime in 2017.