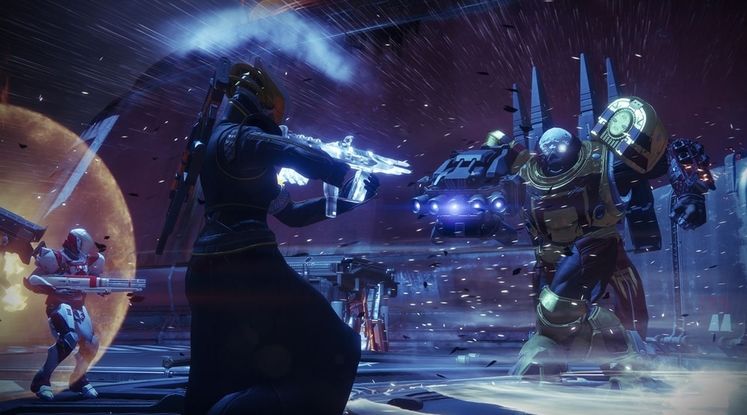 Playing the E3 game very well indeed, Bungie have announced numerous dates and details about Destiny 2 just a month after their dedicated event.

To put things simply, Destiny is now on the cards for every month upto, and including, launch regardless of which platform you're looking to jump in on. Hint: We're a PC site.

Following on from the confirmation - and playable evidence - of a PC version of Destiny 2, Bungie took to the PC Gamer Show stage yesterday afternoon to re-confirm plans to support 21:9 aspect ratios, full-4K resolution and uncapped framerates for those PC enthusiasts who're crazy enough to pull of such crystal clear, buttery smooth feats.

But since confirming the PC version of the game, we've been told repeatadly that it wouldn't launch alongside its console counterparts - a major blow for any MMO where progression is a constant uphill battle. Thankfull, Bungie minimized the damage on this one by finally settling on a release date of October 26. It's still over a month after the console launch set for September 9; but it's far less severe than we were starting to hope. Pre-orders have already begin on the Blizzard website and app.

Furthermore, PC-goers will be getting their own beta event in August. While the date is yet to be finalised, it's still a few weeks after the console versions set for late July. For those double-dipping, though, you've had news in April, May and June with the beta set for July. Assuming that carries into August with September reserved for launch - that's a lot of Destiny 2 in a short amount of time.

Oh. And here's the exclusive content for Playstation 4 users that PC (and Xbox) users won't see until at least Fall next year. Bummer.